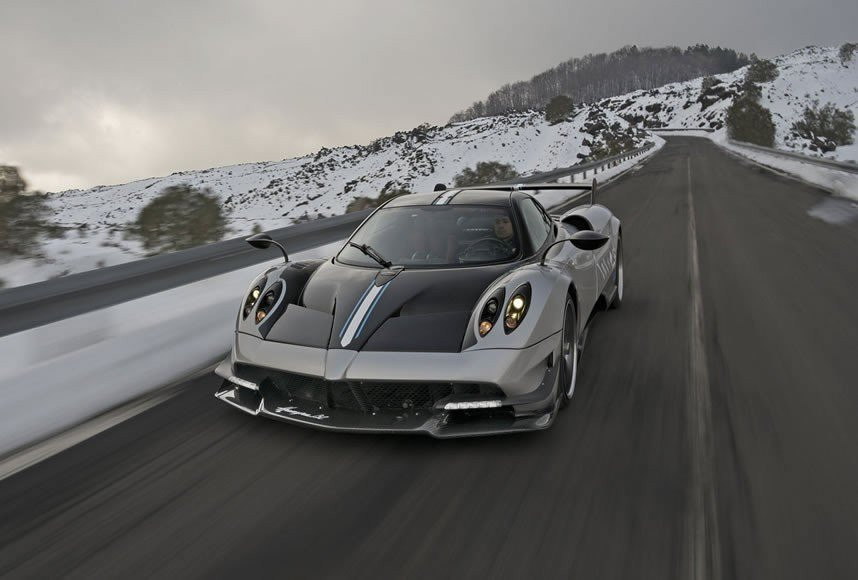 Pagani Huayra BC to Debut in Geneva

Italian sports car manufacturer Pagani is to unveil the latest version of its Huayra model at the 2016 Geneva Motor Show which takes place this month.

Called the Huayra BC – after Benny Caiola, the company’s first ever customer – the new model will continue to feature the Mercedes-AMG-sourced 6-liter twin-turbo V12 engine, which will now deliver 750 horsepower and a torque of 738 pound-feet.

Other augmentations include a front spoiler, rear wing and diffuser, while the car also weighs nearly 300 pounds less than the original model at 2,685 pounds, thanks to cuts in its new 7-speed automated manual transmission and electronic active differential.

After its launch in 2012, the mid-engined Pagani Huayra became a huge success and was named "Hypercar of the Year" by Top Gear magazine. All existing models are currently sold out

Pagani Automobili S.p.A was founded in 1992 and is based in San Cesario sul Panaro, near Modena, Italy. The brand’s first ever model, the Zonda C12, was first presented at the 1999 Geneva Motor Show.

The new Huayra BC will be on display at the Geneva Motor Show between March 3rd – 13th.