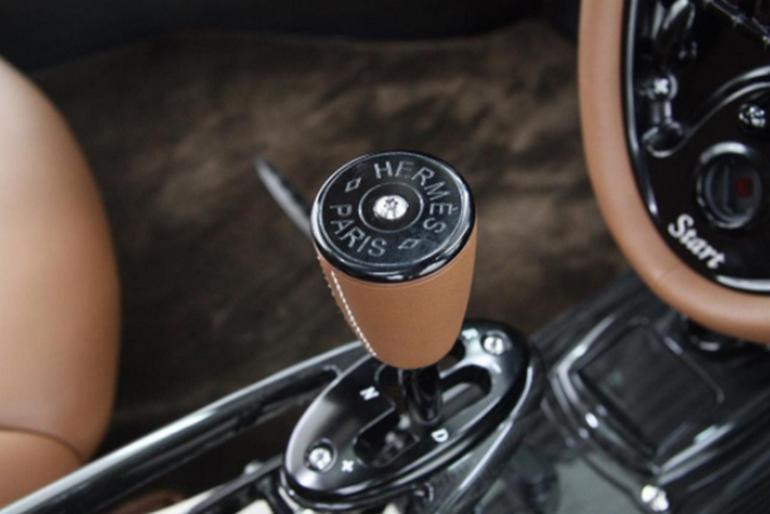 The relationship between supercars and haute couture has always been strong, with a number of car manufacturers teaming up with fashion brands over the years.

There’s no doubting the prestige of Hermès in the pantheon of luxury fashion houses and the iconic French company have now partnered with Italian supercar makers Pagani to create an ultra special version of the Pagani Huayra.

As well as designing the seats and the H-pattern outer aeration grills in its famous leather, Hermès has also rolled out special travel bags to match the style and power of the car itself. Furthermore, the fashion label also threw in a matching Birkin bag to the package.

The special edition, which was created for entrepreneur and car enthusiast Manny Khoshbin. Comes with a unique set of aerodynamics, suspension, exhaust and slightly larger set of wheels, all of which are a part of the bespoke “Tempesta package” of the brand.

Earlier this year, Pagani unveiled the latest version of its Huayra model, called the Huayra BC, at the 2016 Geneva Motor Show.

Pagani Automobili S.p.A was founded in 1992 and is based in San Cesario sul Panaro, near Modena, Italy. The brand’s first ever model, the Zonda C12, was first presented at the 1999 Geneva Motor Show.