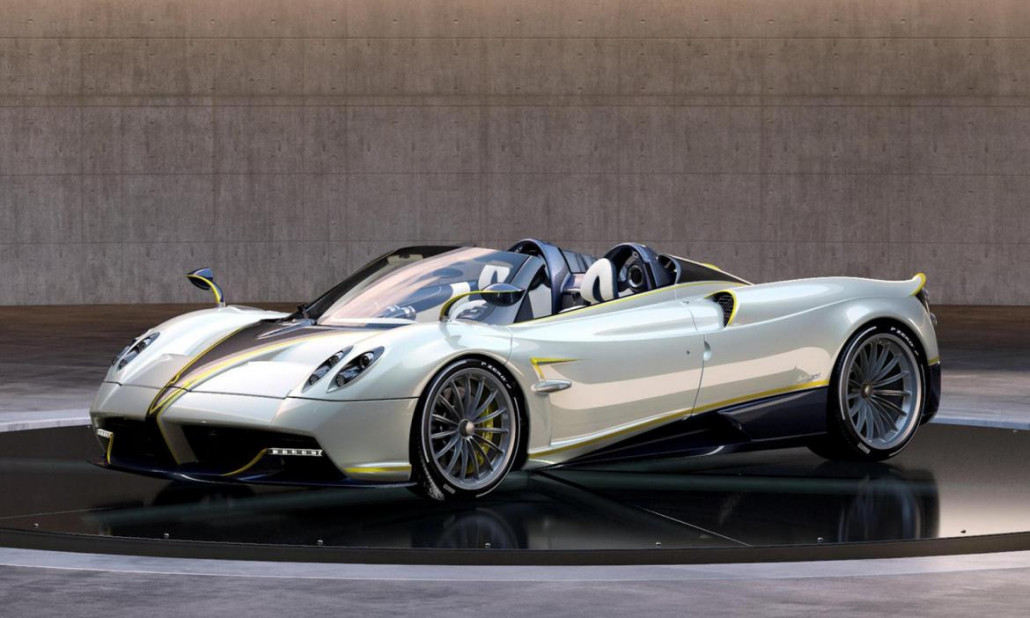 Italian carmaker Pagani has unveiled its latest special edition Huayra Roadster hypercar in Beverly Hills to coincide with the opening of a lavish new car showroom in the upscale California city.

Called the Huayra Roadster Gyrfalcon, is the final example of Huayra’s spider version and, like all other Huayras, has been named at the owner’s request to “pay tribute to one of the fastest birds of prey.”

Gyrfalcon is the largest bird in the falcon family with the female having a wingspan of up to 63 inches.

“These made-to-measure supercars are well-loved in North America, not only for their intense technology and beauty but also for the appreciation of passionate Italian craftsmanship that goes into making them,” says Pagani founder Horacio Pagani.

The special edition roadster also shares the same colour scheme with the Gyrfalcon bird, painting it Bianco Benny White and Blu Danubio Blue with gold accents. Even the pinstriping at the front of the Huayra is meant to recall the Gyrfalcon’s unique beak.

Inside the cabin, the falcon is embroidered into the headrests and doors along with a bespoke plaque with the word “Gyrfalcon” to commemorate the special build.

A special gyrfalcon gold coin is also lodged inside the shift knob. The special edition roadster, like the standard variant, is powered by a twin-turbo, 6.0-litre V-12 engine. It churns out 720 horsepower, which can propel the car from 0 to 60mph in 2.8 seconds and hit a top speed of 238 miles per hour.