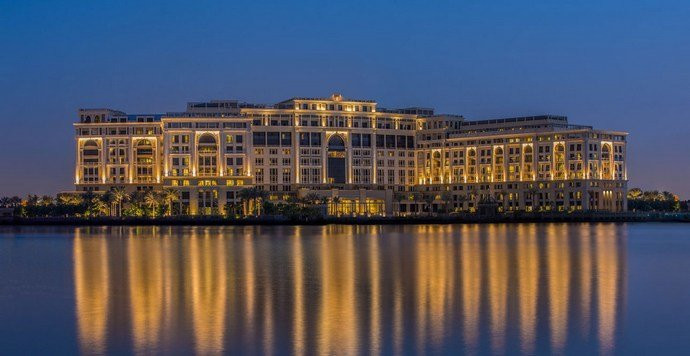 Italian luxury fashion house Versace has made further inroads into the world of hospitality by opening a new hotel in Dubai.

Located in the Culture Village district and overlooking Dubai Creek, the Palazzo Versace features 215 rooms plus 169 condominiums, all featuring interiors and furnishing personally designed by Donatella Versace, vice president and chief designer of the Versace Group.

Traces of the brand’s signature are visible throughout the hotel, including the iconic Medusa head, pastel furnishing and ceilings hand-detailed in gold.

Recently, Raza Jafar, the chief executive of the hotel’s developer, Enshaa, said that units for the accompanying Palazzo Versace residences were being handed over to customers at a rate of four per week.

Earlier this year, Versace entered into a partnership with Chinese company Mind Group to create a collection of luxury homes in China under its existing banner of ‘Versace Residences’.

Founded by Gianni Versace in Italy in 1978, Versace has grown to become one of the world’s most famous fashion labels.