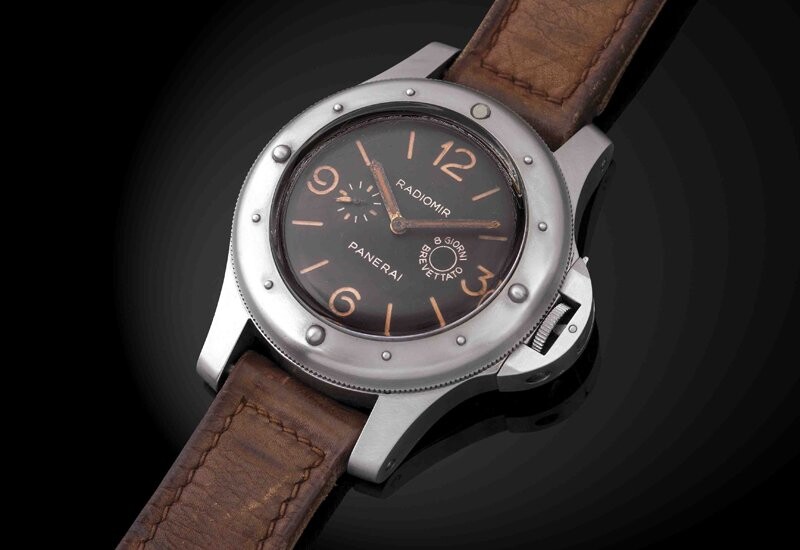 The Paris auction, which saw about 100 timepieces go under the hammer, raised over one million dollars, including two official world records reaped through the sale of a pair of iconic models from the Italian brand’s rich history.

First up as a record-breaker was an extremely rare ‘Radiomir Egiziano’, the diver’s watch made in 1956 for the Egyptian Navy. Highly regarded for its distinctive design and its impressive 60mm size, it was sold for 125,800 Euros (£98,695), beating the previous record price for this model.

The other world record was broken by a Radiomir PAM00021, a special edition from 1997 in platinum, with a case design extremely faithful to that of the watch created by Officine Panerai for the frogmen of the Royal Italian Navy in 1938. This highly coveted special edition, fitted with a vintage Rolex movement, like many historic Panerai models, sold for 103,500 Euros (£81,210).

Two other vintage models, a Luminor and a Marina Militare, both with Rolex movements, each made over 120,000 Euros, well above the initial auction estimates, while a Luminor 1950 8 Days (PAM00203), a special edition from 2005 with an Angelus eight-day mechanical movement, sold for about 70,000 Euros.