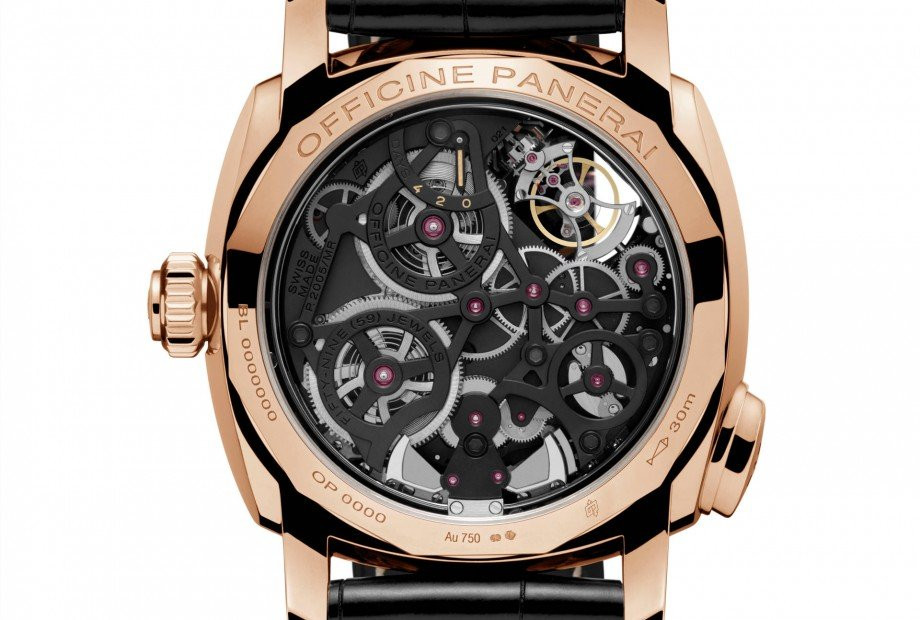 Panerai Creates its “Most Complicated Watch Ever”

Italian luxury watch brand Panerai has unveiled what is claimed to be its most complicated timepiece ever.

The Radiomir 1940 Minute Repeater Carillon houses a tourbillon, a minute repeater for two time zones, and a power-reserve indicator and date.

However, it’s most impressive feature is its repeater function that can be activated both for local time and for a second time zone, which is indicated on the dial by the central arrow hand and the am/pm indicator on the counter at 3 o’clock.

Furthermore, while the rotation is once a minute in a traditional tourbillon, in the P.2005/MR it takes 30 seconds, and this is shown by an indicator which rotates in the small seconds counter at 9 o’clock. The greater speed and the particular arrangement of the mechanism enable it to compensate for any changes of rate, ensuring a highly accurate precision timepiece.

In terms of appearance, the watch is easily identifiable as a Panerai creation, featuring an 18-carat red gold case and characteristic bar markers and figures covered with Super-LumiNova.