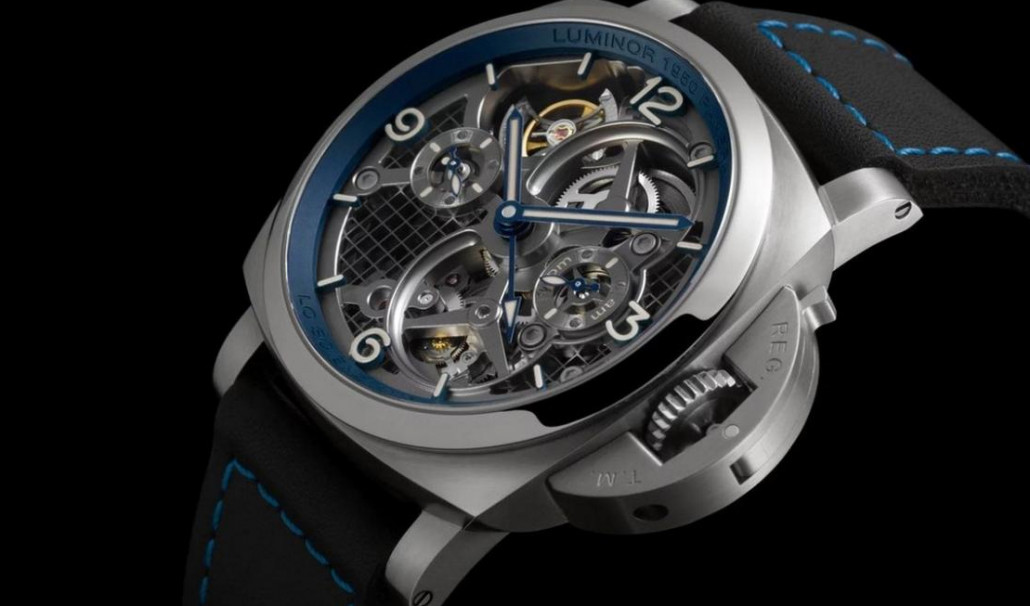 When it launched in 2016, the watch drew great attention thanks to its 47mm titanium case 3D-printed using the technique of Direct Metal Laser Sintering – a process that allows metal parts to be produced or cavities to be moulded by 3D printing layer by layer.

Now the brand has created a new version of the model at this year’s SIHH show in Geneva, featuring the same 3D-printing technology.

The movement used in the new watch is the manual-winding P.2005/T, with the special Tourbillon patented by Panerai, which is also used in the previous Lo Scienziato skeletonized watches. This movement is skeletonized and comes with titanium bridges and plates.

The striking blue hands of the watch contrast and augment the brushed metal finish of the timepiece.