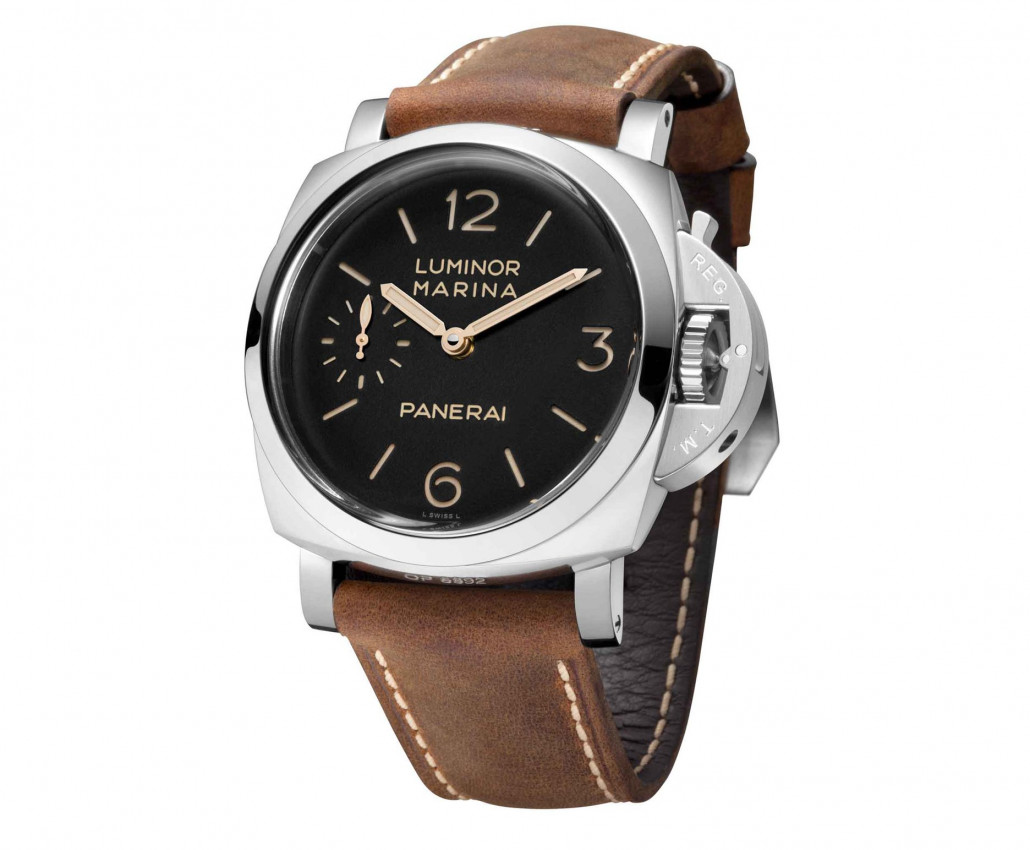 Italian watchmakers Officine Panerai have revealed a lavish new timepiece ahead of the Salon International de la Haute Horlogerie that will take place in Geneva next month.

Made in a series of 2,000 pieces, the PAM422 Luminor Marina 1950 3 Days comes with a case featuring a pronounced cusp rounding of the carrure – a design feature that pays homage to the transition from Radiomir to Luminor cases in the early 1940s.

The black dial of the watch bears many Panerai hallmarks, with small seconds at nine o’clock and the classic succession of large numbers and indexes, whilst the engravings “Luminor Marina” and “Panerai” complete the design.

The watch’s movement is the hand-wound Panerai calibre P.3001, entirely executed at the company’s Neuchâtel factory, and features a structure characterised by large bridges, two barrels providing a 3-day power reserve. The movement is visible through the crystal of the back case, which also allows the wearer to read the power reserve indicator placed on the main bridge.

Other notable elements include a variable-inertia 13.2mm-diameter balance, which permits adjustment of the movement rate of the watch thanks to the screws on the outer ring, and a strap in a pure and natural leather, closed with a classic Panerai brushed-steel buckle.