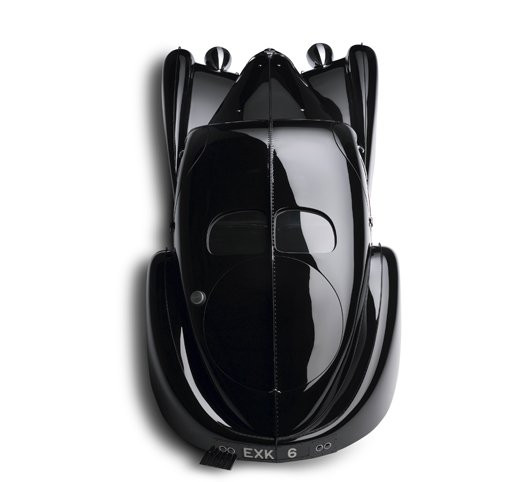 An exhibition displaying some of fashion designer Ralph Lauren’s most prestigious sports cars from the 1930s to the present day opened in Paris last week.

The display at the Musée des Arts Décoratifs, located in the western wing of the famous Louvre museum, features 17 cars chosen by the curator Rodolphe Rapetti.

The exhibition, which runs until the end of August, opened with a VIP party and dinner, attended by car-loving celebrities including Jean Reno, Zhang Ziyi and Jackie Stewart.

However, arguably the centrepiece attraction is the Bugatti Atlantic (1938), which is one of only four models ever built, and one of only two remaining today. It was also the inspiration behind the new Sporting Automotive watch which is now on sale in the US.

For those unable to attend the exhibition, Ralph Lauren has collected the sounds of the engines online at http://ralphlaurencarcollection.co.uk.