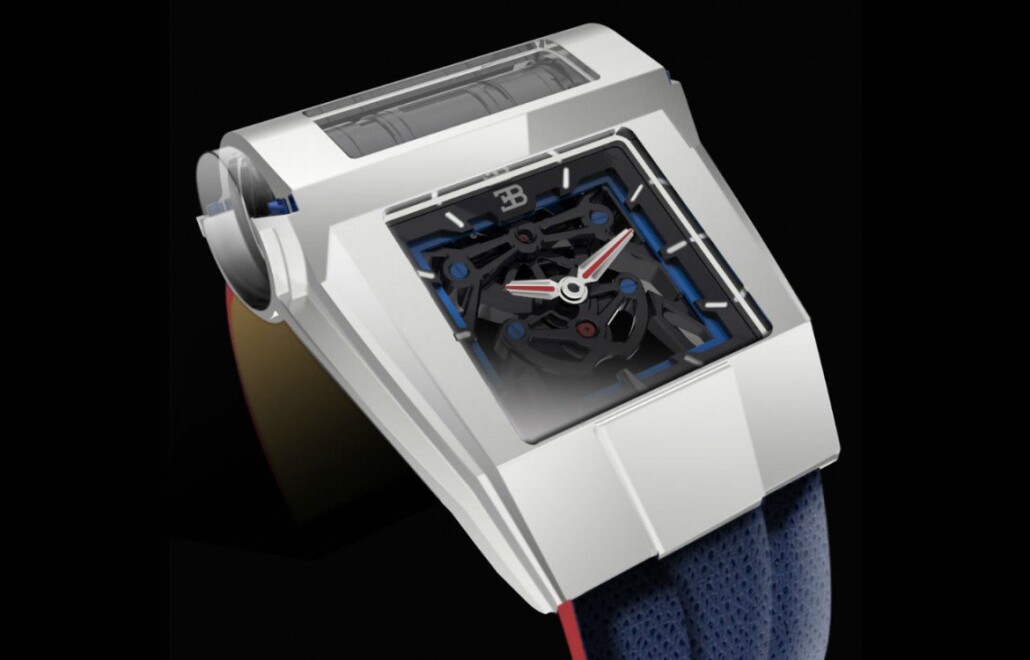 Luxury watchmakers Parmigiani and supercar brand Bugatti have renewed their long association by creating a celebratory concept timepiece to mark the launch of the Bugatti Chiron, the eagerly-awaited successor to the Veyron.

Released at about the same time as the Chiron, which was unveiled at the recent Geneva Motor Show, the Parmigiani PF Bugatti 390 concept watch borrows a design inspiration from the car with curves and sharp edges, prevalent throughout.

A portion on the top of the watch resembles a tube with barrels that facilitate movement, while barrels also have ‘Louis Chiron’ engraved on them as yet another tribute to the Bugatti racecar driver, after whom the car has been named,

The complexities extend to three planetary gears which play a vital role in the reduction ratio function, transmission of the torque and centering force at all levels. The hands are fitted with a worm screw, which can be found below the pair of silver mainspring barrels.

In 2014, Parmigiani and Bugatti marked the 10th year of their partnership by creating a series of three commemorative timepieces.