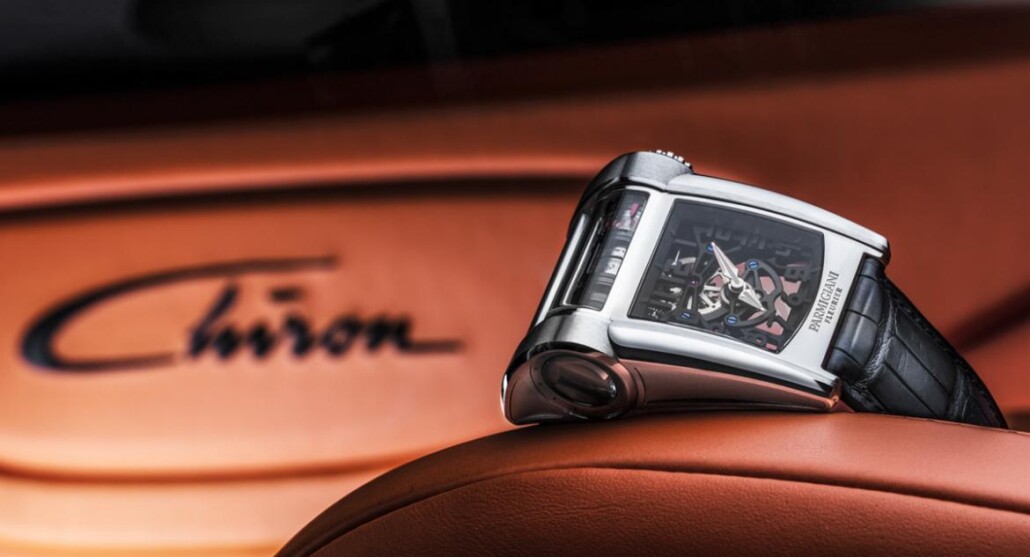 The manufacturer left no stone unturned in crafting the Bugatti Type 390, a timepiece that mirrors the mechanical genius of the 1500 horsepower car, which launched last year and is widely considered one of the most incredible hypercars in history.

Billed as “an engine block on the wrist,” the Type 390’s design and functionality is something to behold.

The watch is driven by the Caliber PF390, a new cylindrical movement which boasts a flying tourbillon. A distinctive feature is the patented triangular barrel coupling system, which uses what the brand claims is “the world’s smallest ever ball bearing”. The patented caliber has an 80-hour power reserve.

Meanwhile the shape of the case has the same distinctive silhouette as the Chiron. Measuring 57.7mm by 42.2mm, it uses an innovative mechanism that allows it to pivot through an angle of 12° to fit perfectly on any wrist.

The Bugatti Type 390 is available in either white gold or rose gold, with each version limited to just 10 pieces, priced at just under $300,000.

The association between Parmigiani Fleurier and Bugatti began in 2004 and has given rise to some incredible watches over the years.