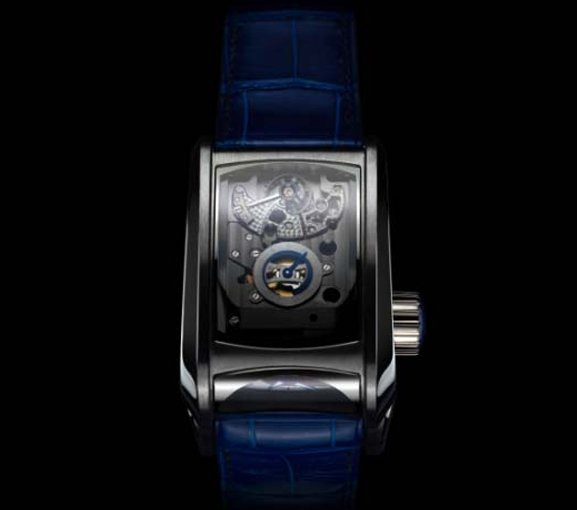 The new model was showcased at the 62nd Pebble Beach Concours d’Elegance in California that took place last week, alongside an array of other timepieces as well as the usual roll-call of stunning automobiles.

The watch features many of the same features as the original Bugatti Super Sport timepiece, including a dial setting wheel at a 90 degree angle to the movement spindle and the legendary PF372 movement.

However, it also boasts several new nods to its inspiration – the sublime Bugatti Veyron Grand Sport Vitesse supercar – including with the use of titanium featuring a polished and satin-finished surface to replicates the mixed paint of the car.

Furthermore the dial is made from Texalium – a web of fibre glass covered by a thin layer of aluminium that emulates the high-tech world of supercars.

The Bugatti Veyron Grand Sport Vitesse was unveiled at the 2012 Geneva Motor Show.

Parmigiani Fleurier SA was founded in Fleurier, Switzerland in 1976.