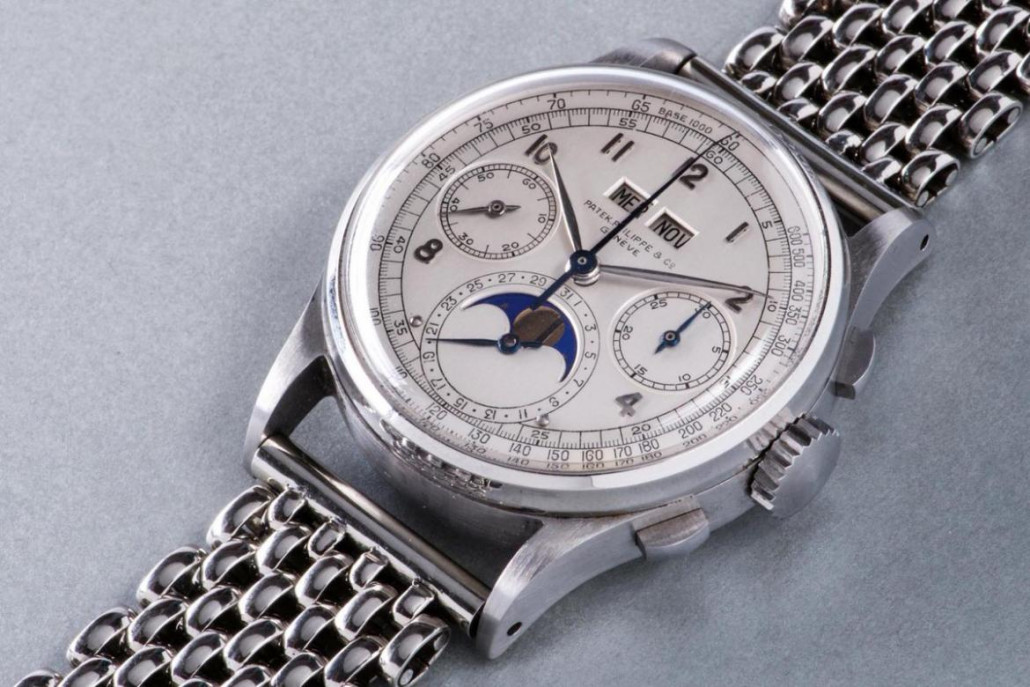 Swiss luxury watchmake Patek Philippe, who have achieved several world records at auctions before, have done it once again by selling a historically significant stainless steel chronograph for over €11 million.

The feature that gives the Patek Philippe Ref. 1518 its immense value – in the eyes of one buyer, in any case – is its ultra rare perpetual calendar chronograph with moon phases combined with an impressive heritage.

Created in 1941, the 1518 is the world’s first perpetual calendar chronograph wristwatch ever to be produced in a series by any manufacturer. It is one in a series of only four which explains the frenzied bidding. Seven bidders were engaged in a bidding war over the watch which was sold to a private collector.

Paul Boutros, head of watches for the Americas for Phillips Bacs & Russo called the auctioning of the watch “a once in a lifetime event” for collectors. “I have waited a lifetime to see a 1518 in stainless steel. It is number one of only four known to exist,” he said.

Founded in Geneva, Switzerland in 1851, Patek Philippe has grown to become one of the world’s most recognised watch brands.