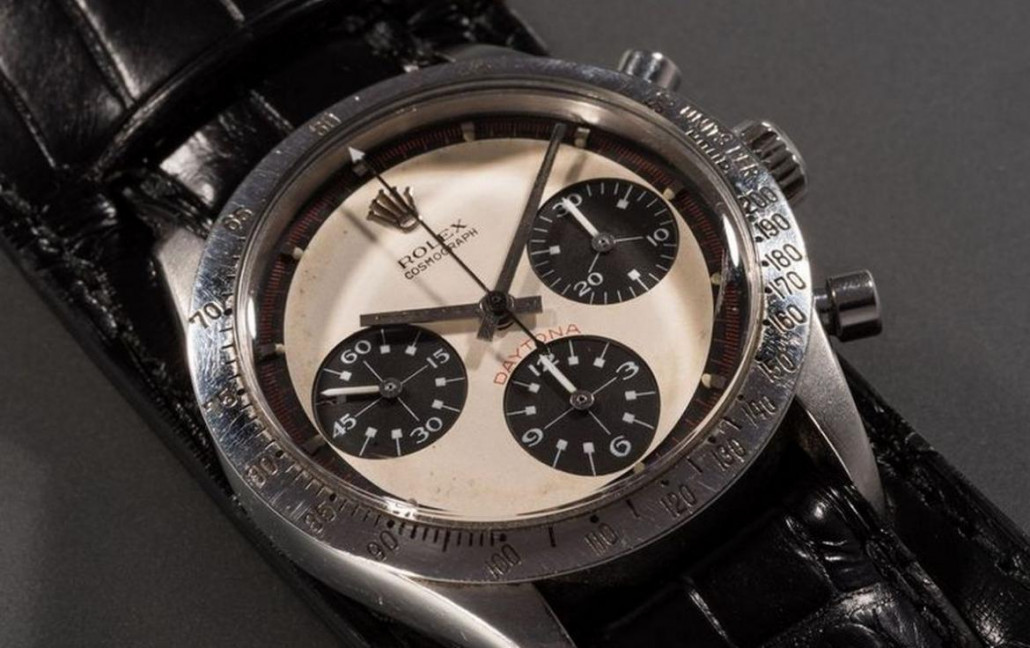 A Rolex Daytona timepiece once owned by the late legendary actor Paul Newman has become the most expensive wristwatch ever sold at auction, with an eye-popping $15,5 million sale price.

Widely considered one of the rarest and the most iconic vintage Rolex watches anywhere, the sale decimated the previous world record when it went under the hammer at Phillips New York sale.

The previous record for a Rolex at auction was set last May when the Bao Dai Rolex yielded more than $5 million. The record for the most expensive wristwatch ever sold was held by a Patek Philippe ref. 1518 timepiece, which went for $11 million.

Immortalized in the motor-racing movie “Winning” in the late 1960s, the Rolex was originally gifted to Newman by his wife Joanne Woodward.

The caseback carries the inscription “Drive Carefully Me”, which was engraved by Joanne when she bought him the watch. Newman gave the watch to James Cox, his daughter Nell’s college boyfriend, in 1984, and he wore it for many years after.

However, last year, Cox decided to sell the Rolex and is eligible to receive some of the proceeds - though has has pledged to give a “big portion” to the Nell Newman Foundation, with the goal of carrying on her father's legacy of charitable giving.