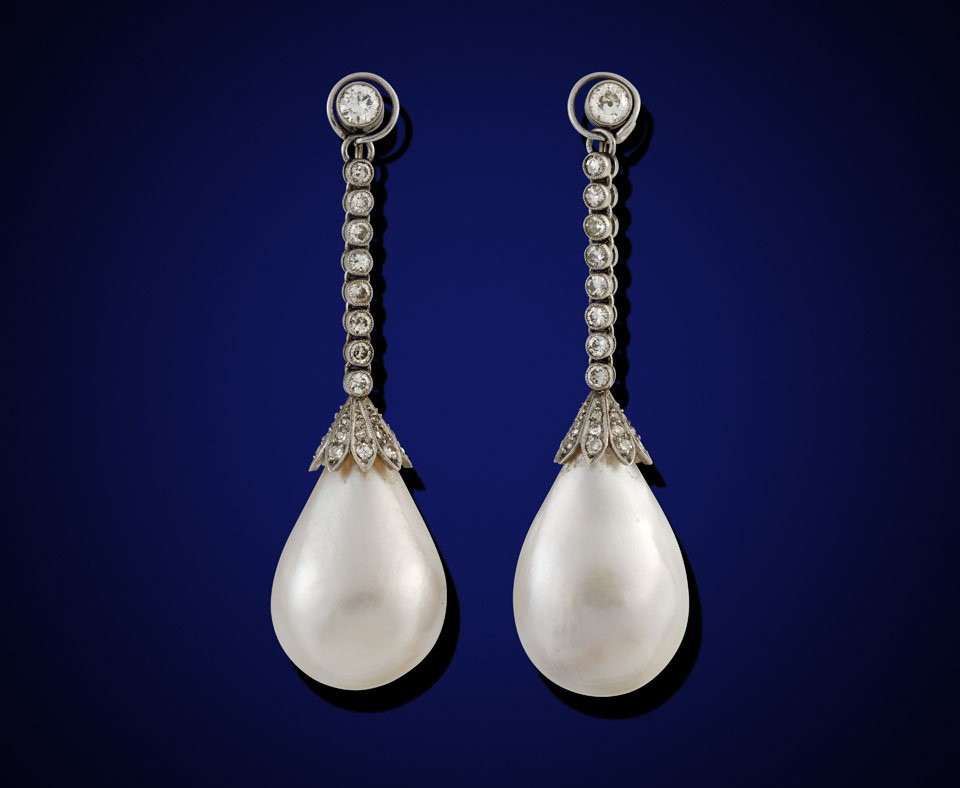 A pair of natural pearl earrings which were expected to fetch up to £120,000 at an auction in Salisbury, southwest England, this week, sold for a remarkable £1.6 million.

Since their appearance in the market, the jewellery world has been watching closely in anticipation of their sale.

Originally a gift from King Carol II of Romania to his mistress Elena, the earrings were left to a friend in England who put them in a drawer where they lay forgotten for 35 years. Her nephew eventually took ownership of them took them, along with other jewellery.

Jewellery expert, Joanna Hardy, said: "We are all used to thinking diamonds are what it is all about, but natural pearls that are so rare, are being appreciated once again, as they were many centuries ago before the diamond became king of the jewels.”