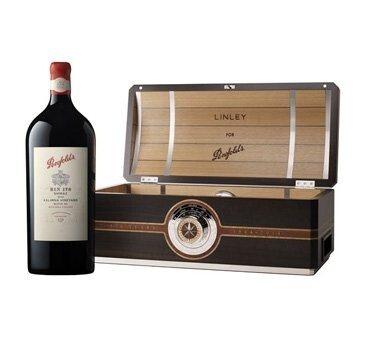 The wine, a 2010 Bin 170 Kalimna Shiraz, has been created to mark Penfold’s 170th anniversary as a winemaker and was launched recently at Linley’s flagship Belgravia store in London.

The Linley case features a bespoke compass marked with precision engraving. To open each case the jade inset dial must be turned to the longitude and latitude coordinates of Magill Estate – the spiritual home of Penfolds.

Other notable features include a detailed Penfolds crest on the exterior, as well as a secret drawer built into the case containing a photographic chronicle of Kalimna Block 3C as well as a certificate of authenticity.

Speaking about the collaboration, Linley’s eponymous founder David Linley said: “Linley and Penfolds both strive to create the finest products possible. Whether this is wine or furniture, the aim remains the same – to produce something of a superlative quality using the best techniques, finest craftsmen and winemakers.

“Just as Linley pushes the boundaries to create innovative pieces of furniture, so too does Penfolds innovate and experiment to craft Australia’s most iconic wines. This important collaboration demonstrates the best of both brands.”

In addition to the commemorative wine and case, the collaboration has also included the creation of a bespoke Penfolds Wine Room at Linley’s Belgravia store, designed to showcase the Penfolds Icon and Luxury wines, in addition to housing a rare, Bin 170 Imperial.