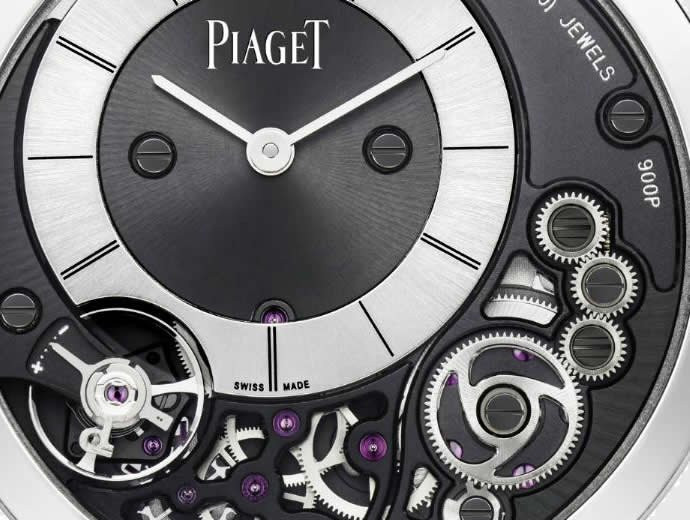 Swiss luxury watch brand Piaget has released what is being billed as the world’s thinnest mechanical timepiece.

In the year of its 140th anniversary, the watchmaker has created the Altiplano 38 mm 900P, which measures in at just 3.65mm, giving it the world record title.

Each of the watch’s 145 parts has been trimmed to a literal hair’s breath, including wheels measuring just 0.12 mm thin, in contrast with 0.20 mm on a classic movement.

Perhaps the watch’s stand-out feature is the merging of its calibre and case, with the latter machined directly from the case-back in order to house the mechanical parts.

Other notable aspects include a black alligator strap with buckle and pin in matching white gold or 18-karat white gold option, and a power reserve of around 48 hours.