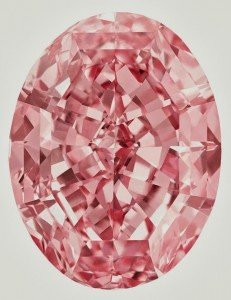 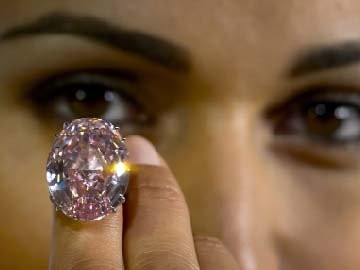 A 59.6-karat pink diamond sold at auction this week for a world record $83 million.

The Pink Star diamond went under the hammer at Sotheby’s Magnificent Jewels sale in Geneva, Switzerland, where it provoked fierce bidding before it reached its final record breaking price.

Graded as Type IIa, which is rare for any pink diamond, the stunning gemstone was cut over a period of two years and is more than twice the size of the 24.78-karat Graff Pink that previously held the world record.

"It's really extraordinarily rare," David Bennett.Bennett, the chairman of Sotheby's jewellery division in Europe and the Middle East, told AFP.

"Very, very few of these stones have ever appeared at auction. The international demand for exceptional diamonds keeps on growing,"

The diamond was first unveiled to the public in May 2003 as the “Steinmetz Pink.” It was first sold privately in 2007 when it was renamed The Pink Star.

Just a day before the record breaking sale, rival auctionhouse Christie's sold an almond-shaped diamond dubbed "The Orange" for $35.5 million, also a record in its category.