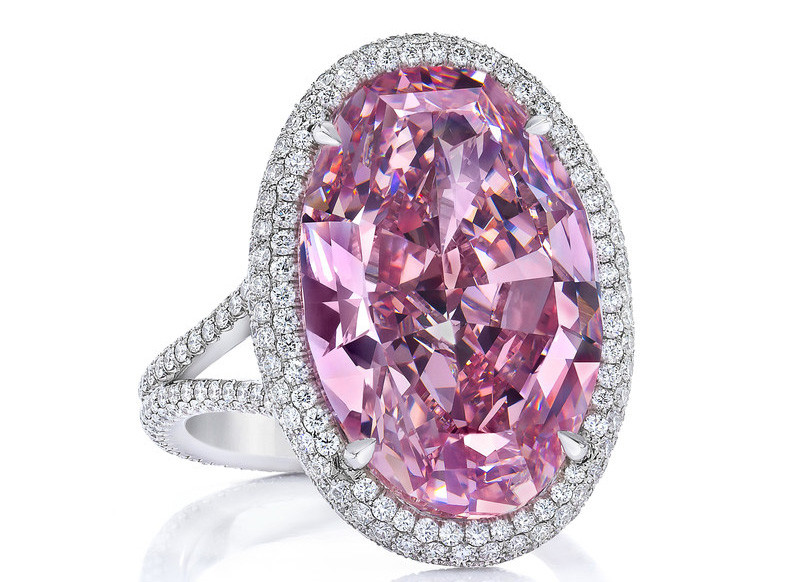 Pink Promise Diamond Sells for Over $31m at Auction

Dubbed “The Pink Promise Diamond”, the 14.93-karat Fancy Vivid diamond caught the eye of jewellery lovers as it toured New York, Geneva and Hong Kong prior to the auction.

Its Fancy Vivid Pink designation by the Gemological Institute of America (GIA) represents the rarest and most prized colour grade in pink diamonds.

The previous owner, Silicon Valley-based diamantaire Stephen Silver, had originally purchased the diamond as a 16.10-karat Fancy Intense pink diamond in 2013. He believed that re-cutting the stone could achieve a higher colour grade, so with the help of a master gem-cutter, undertook the pain-staking mission of cutting the stone away facet by facet, trimming away the karats.

The risk paid off with the re-cut stone securing a Fancy Vivid pink colour grading and VVS1 clarity.