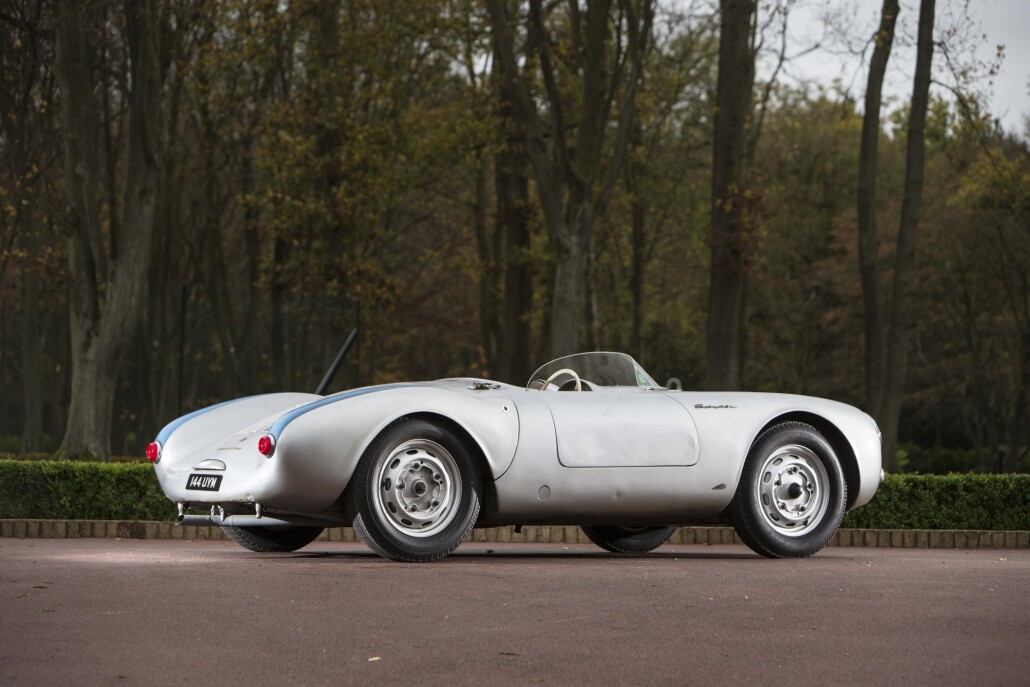 An exceptionally original, never restored yet beautifully preserved 1956 Porsche 550 Spyder was a runaway success at Bonhams Goodwood Revival Sale, selling for £4,593,500, creating a world record for a Porsche 550 model.

James Knight, Bonhams International Group Motoring Director and auctioneer on the day, said: “We’ve had an excellent Goodwood Revival sale, totaling £14.5 million. The saleroom was packed full of enthusiastic bidders, with clients phoning in from all around the globe, leading us to sell more than 70% of lots, and creating a world record price for a Porsche 550 Spyder.

“The top lot of the auction is an icon of 1950s sports car design, the gloriously original 1956 Porsche 550 Spyder. The car attracted much attention from bidders, with increments rising by hundreds of thousands until the gavel finally fell to achieve £4,593,500.

"The car is so original, that you could travel back in time 60 years and find it in much the same condition. It’s exactly how a 550 would have looked, smelt and felt like when James Dean famously purchased his example back in 1955.” Dean’s was perhaps the most famous of the 550s; he called his car the ‘Little Bastard’."

Throughout the 1950s, the Porsche 550 was one of motor sport’s most dominant race cars, out-performing almost all other models in its class. The little Porsches were extremely quick in a straight line – having a claimed top speed of some 220km/h – 137mph – and accelerating from 0-100km/h – 62mph – in less than 10 seconds - spectacular indeed with such a small capacity engine in the early 1950s.