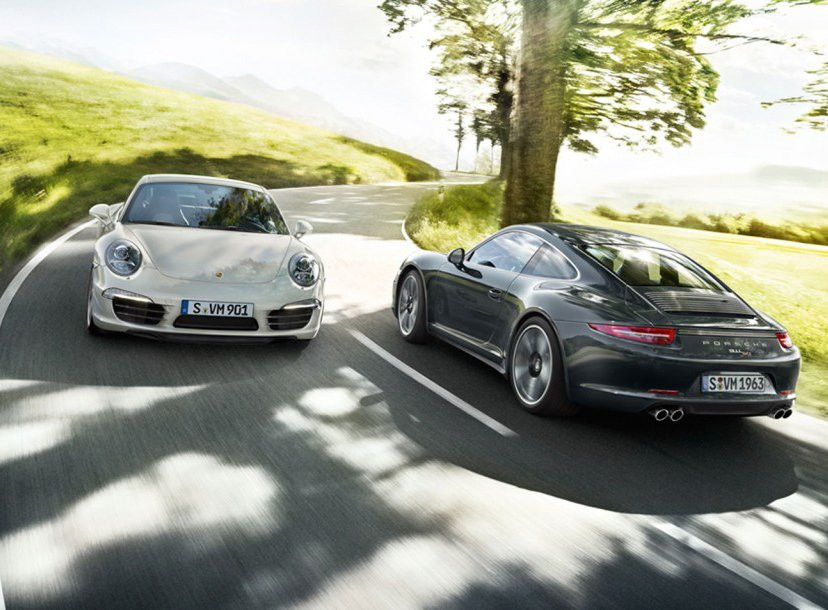 Luxury sports car brand Porsche is to launch a special edition of its iconic 911 model this September to mark the car’s 50th anniversary.

First unveiled as the Porsche 901 at the 1963 Frankfurt Auto Show in Germany, the 911 has become one of the world’s most distinctive luxury sports cars.

The Porsche 911 50th Anniversary Edition, which will debut at this year’s Frankfurt show, is based on the 2014 Porsche 911 Carrera S, but with a wider body, despite being a rear driver.

It boasts many of the same features as the original 901 model, including a rear-mounted flat-six engine and a rear-wheel-drive layout, green labelling on the instruments with white pointer needles and silver caps on the instrument pivot pin.

Furthermore the centre panels of the leather seats have been designed with a fabric pattern reminiscent of the “Pepita” tartan design from the 1960s.

Other notable features include a 3.8-litre flat-six engine delivering 400 horsepower and can be matched to either a seven-speed manual transmission or Porsche’s PDK dual-clutch unit.

The car will be on display at the 2013 Frankfurt Auto Show from September 10th – September 22nd.

The Porsche 911 50th Anniversary Edition will be available in a strictly limited run of just 1,963 units, representing the year of the car’s birth.