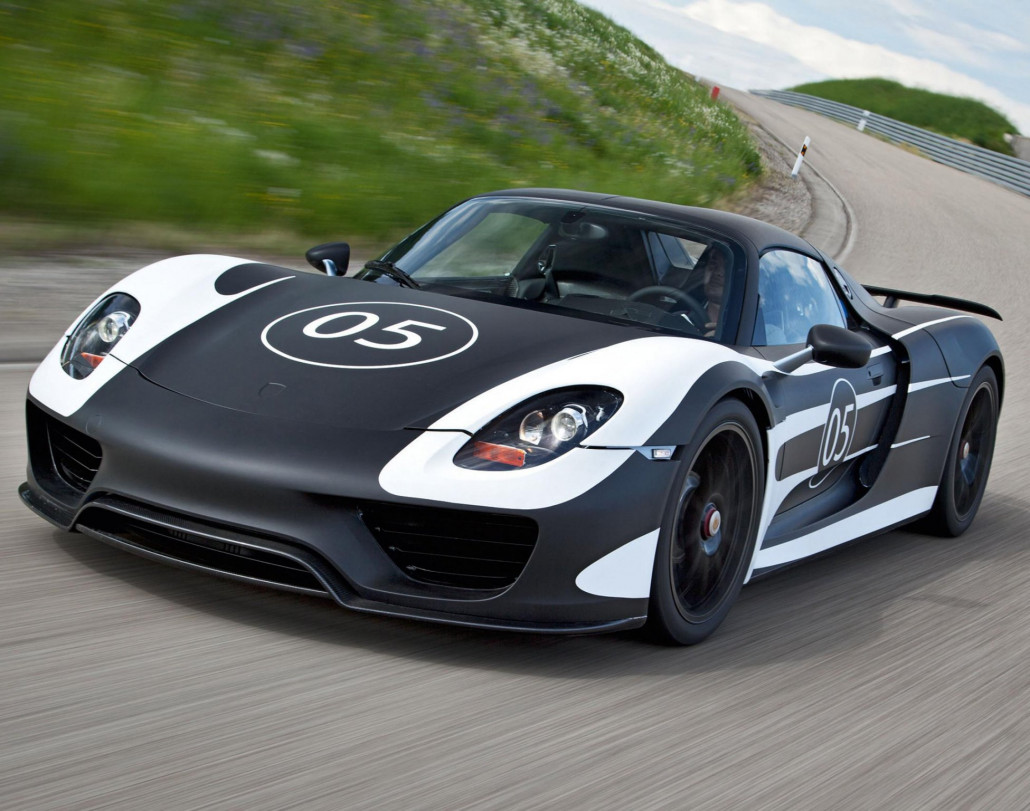 The Porsche 918 Spyder, a plug-in hybrid supercar, is to enter production in September 2013, the German car-maker has announced.

First introduced as a concept at the 2010 Geneva Motor Show, the 918 Spyder will feature an enlarged 4.6-liter V-8 engine pumping out close to 570 horsepower, as well as two electric motors.

The gas-electric drivetrain will enable the car to reach a 60mph in 3.1 seconds and achieve a top speed of 199 mph Porsche says it will be able to propel itself with electric power at speeds of up to 94 mph.

Wolfgang Hatz, Member of the Executive Board Research and Development of Porsche AG, said: “What we are doing with the 918 Spyder is redefining driving fun, efficiency and performance.

Built around a carbon-fibre reinforced plastic monocoque, the car will also feature fully adaptive aerodynamics and an adaptive rear-axle steering.