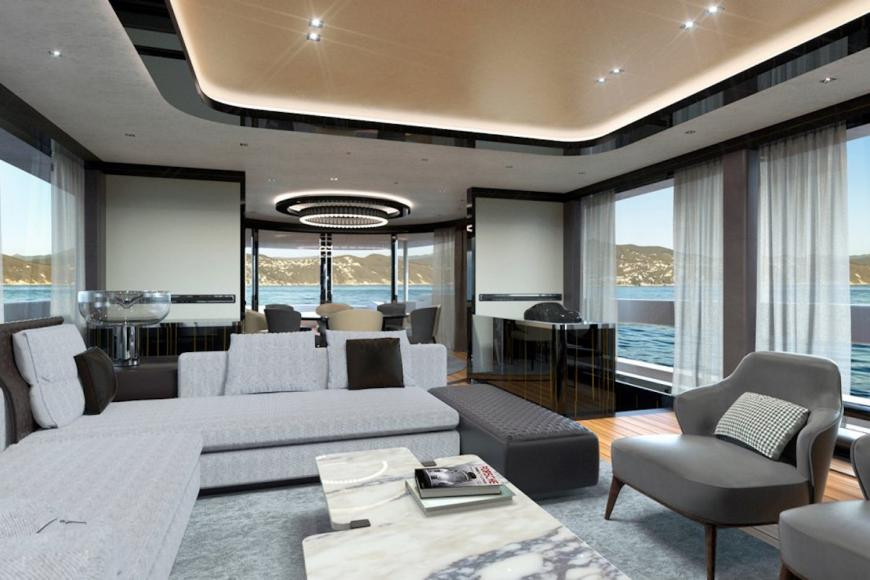 In recent years there has been a trend for luxury car makers to enter the boating market – usually with the design of lavish speedboat type vessels.

The brainchild of Porsche’s design house, Studio F.A. Porsche, the hybrid superyacht – known as the GTT 115 – is making its official debut at the 2017 Monaco Yacht Show, which kicked off today.

The all-aluminium vessel has been constructed by Dynamiq, a luxury yacht builder, the Porsche-designed superyacht is called the GTT 115 and is being billed as a “Gran Turismo for the seas”.

Measuring in at 115 feet and wearing a striking Rhodium Grey metallic paint, it features a fuel efficient hybrid powertrain that can propel it to a top speed of 21 knots. The maximum cruising range is 3,400 nautical miles, which is enough to traverse the ocean from New York to Monaco.

The interior was designed in collaboration with high-end furniture makers Minotti and a rendering of the inside shows the yacht’s elegant hardwood floors and chocolate brown furniture.

Seven units are to be made, each priced at €13.9 million.