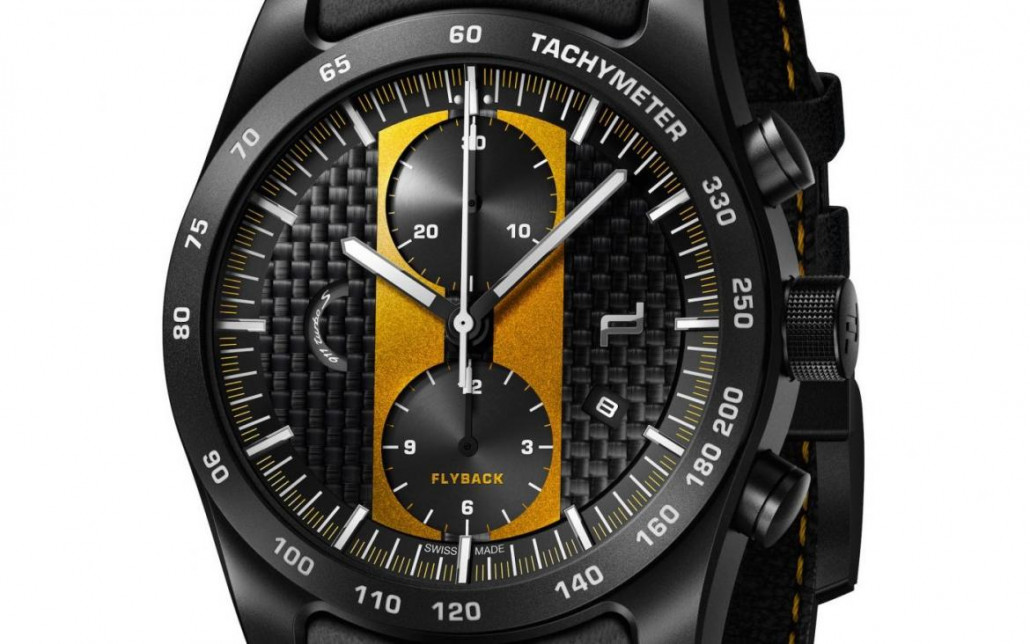 Just weeks after launching the fastest 911 ever made, the Porsche 911 Turbo S Exclusive series, the German carmaker has unveiled a special edition timepiece inspired by the record breaking car.

Both the car and the watch will be manufactured as limited editions of 500 each, according to the individual order, and delivered simultaneously.

The black hands feature white SuperLuminova coating for maximum readability. Other design features include a Matte-black movement with chrome-plated bridges, plates and polished screws and engraved Porsche Design icons. The rotor is designed and finished to match the original wheel rim of the 911 Turbo S Exclusive Series.