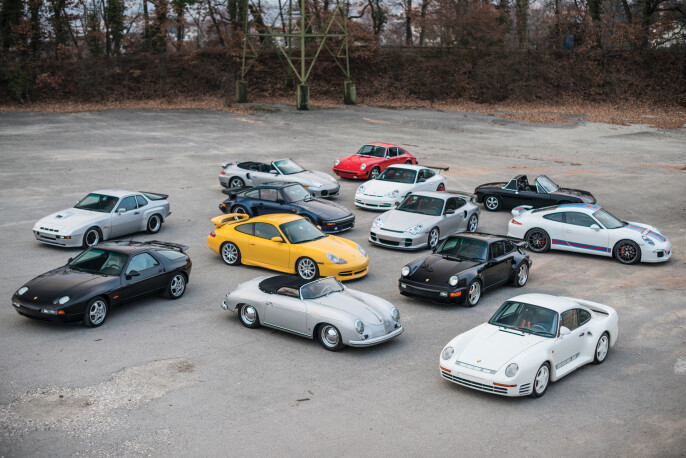 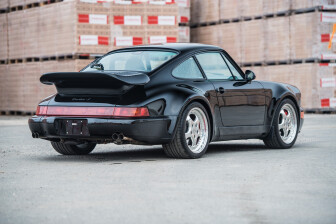 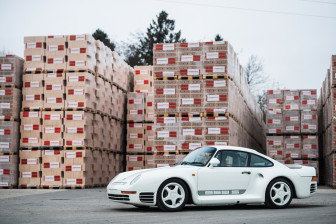 RM Sotheby’s, the world’s largest auction house for investment-quality automobiles, is to offer 42 Porsches from an exceptional Swiss collection ‘without reserve’ across a series of its global auctions in 2017.

The first group of motor cars from the collection—a docket of 13 vehicles—are bound for RM Sotheby’s Paris sale at the world-famous Rétromobile week in early February.

The collection also features a pair of desirable modern-era, Metzger-powered Porsche 996s: a delivery mileage 2004 Porsche 911 GT3 RS finished in Carrera White with red decals and a 2004 Porsche 911 GT2 Clubsport, the most powerful variant of the 996-generation 911.

“RM is really changing the game for presenting and selling Porsches at auction. We’re both thrilled and honoured to have been entrusted with this incredible group of cars and can’t wait to bring them to auction in the coming months, starting in Paris,” says Oliver Camelin, Car Specialist, RM Sotheby’s, and a lifelong Porsche enthusiast.

“The Porsche market has seen tremendous activity of late, with a strong appetite for quality, modern classics in particular; one only needs to look to our London and Duemila Ruote sales of late last year for evidence, where some of the rarest air-cooled 911s reached new auction heights.

“For a collection such as this, loaded with many of the marque’s heavyweights, to come to market ‘without reserve’ is a very rare and exciting occasion, and we expect will command the attention of the Porsche world. It’s definitely going to be one to watch!”

The additional 29 vehicles from the private Swiss collection will be presented across various global RM sales in 2017, including the company’s well established Amelia Island, Monterey and London auctions.