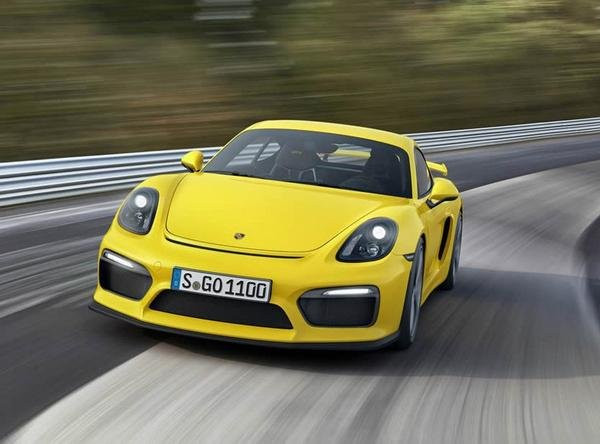 Porsche Launches Most Powerful Ever Cayman in Geneva

German sports car makers Porsche has debuted what is billed as the marquee’s most powerful ever Cayman at the Geneva Motor Show which kicked off today.

A combination of Porsche 911 parts underneath a Cayman body shell, the new Cayman GT4 is powered by a 3.8-litre flat-six engine producing 380bhp at 7,400rpm, making it the most potent Cayman ever.

The new model can go from zero to 60mph in an impressive 4.2 seconds and boasts a top speed of 183mph, while other notable amendments to the standard Cayman include upsized breaks

The new Porsche Cayman GT4 will arrive in American showrooms in July, priced at $85,595.

Taking place from March 5 – 15 this year, the annual Geneva Motor Show is one of the world’s most important car shows.