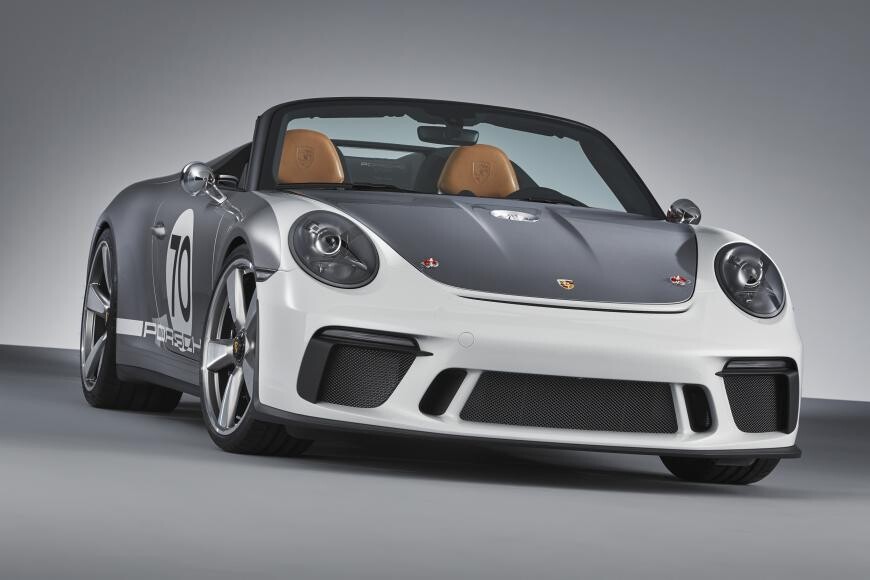 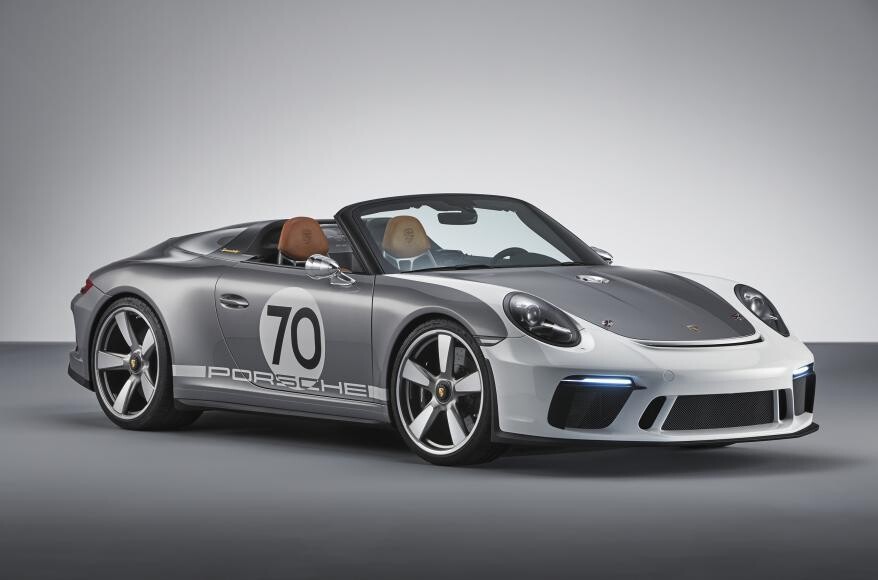 Porsche’s 70th birthday celebrations continue apace and the latest commemorative event has been the unveiling of a special edition concept version of its iconic 911 model.

Called the Porsche 911 Speedster Concept, the model is essentially a GT3 with its roof removed and with styling elements that pay tribute to the open top version of the marque’s first car – the legendary 356 Speedster.

The Speedster Concept’s development was handled by Porsche Motorsport in Weissach. The body of the concept comes from the Carrera 4 Cabriolet; although the windscreen is significantly shorter and steeply raked and the standard wings and hood has been ditched for carbon-fibre replacements.

For further weight saving, the interior features carbon bucket seats, while the Air Conditioning unit and music system are missing.

The 911 Speedster Concept shares the chassis with the current 911 GT3 and even has the same 500-hp, 4.0-litre naturally aspirated flat-six engine and six-speed manual gearbox.

In terms of styling, the concept wears a two-tone paint scheme of GT Silver and White that harks back to old Porsche racing cars. The 21-inch centre-locking wheels are designed to look like old Fuchs and the side mirrors look like they have been picked straight out of the 365 Speedster.

Porsche says a decision on whether to put the Speedster into production will be made in the coming months.

In 2016, Porsche created a lavish coffee table book that celebrates the 911, revealing the continuous process of evolution and build quality that has kept the car fresh down they years.

Founded by Ferdinand Porsche in Stuttgart, Germany, Porsche has grown to become one of the world’s most renowned luxury sports car manufacturers.