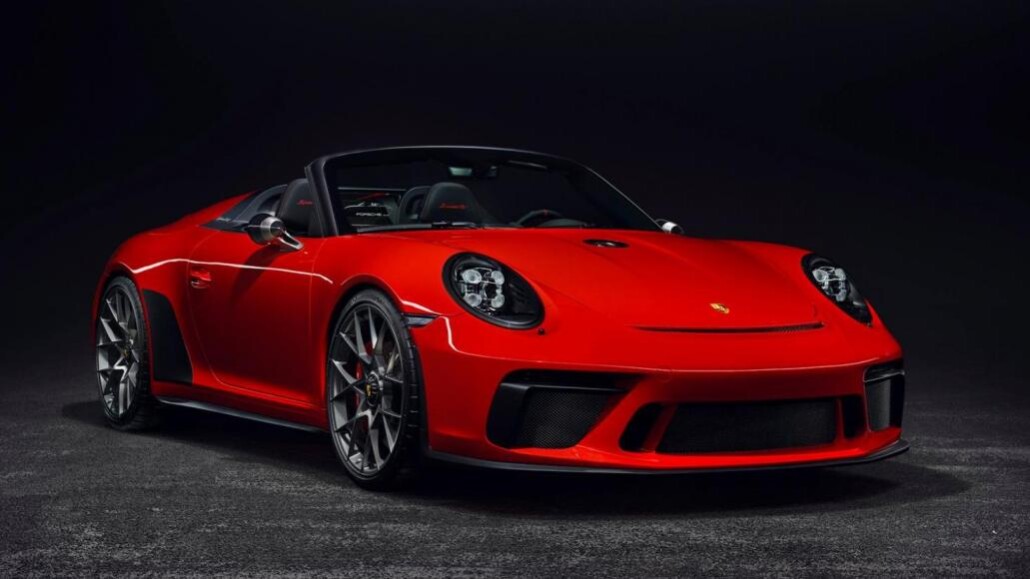 Porsche has given the green light to the limited edition production of a retro-themed 911 Speedster Concept.

The 911 Speedster Concept is currently on display at the ongoing Paris Motor Show, wearing a Ferrari-esque shade of red called Guards Red.

The car has been fitted with 21-inch centre-lock wheels with cross-spoke wheel design resembling the wheels on the 911 RSR and GT3 R race cars.

Retro-style door mirrors and the fuel filler cap are both finished in dark chrome to make the red colour stand out more.

Additionally, the concept has perforated black leather interior with red highlights along with red-tinted daytime running lights. It is built upon a modified 911 Carrera 4 Cabriolet body and the engine and chassis is borrowed from the GT3.

The naturally aspirated flat-six is mated to a six-speed manual and has more than 500 horsepower on tap. Porsche will start production of the 911 Speedster during the first half of 2019.