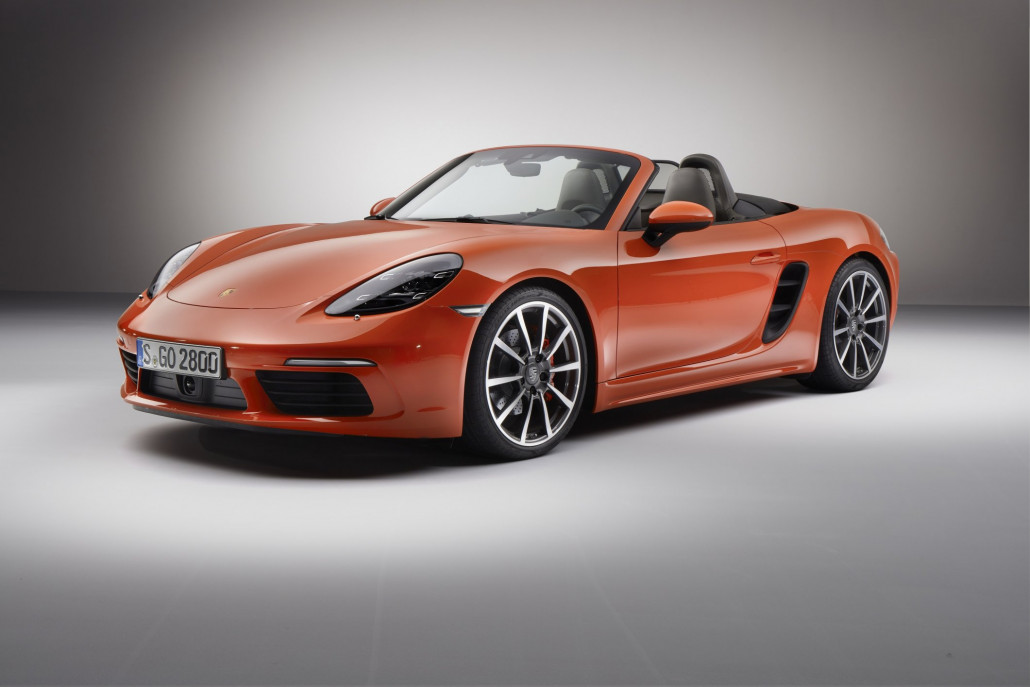 Porsche to Unveil Most Powerful Ever Boxster

German luxury carmaker Porsche is to unveil the new 718 Boxster, billed as the most powerful standard production Boxster in the range’s 20-year history, at the upcoming Geneva Motor Show.

When the 718 Boxster and 718 Boxster S make their global debut at the Geneva show, they will do so with new names and entirely new four cylinder engines – in contrast to the six cylinders found in previous iterations.

Yet despite dropping two cylinders, Porsche is claiming that both cars boast more power, acceleration and torque as well as greater efficiency than their predecessors.

Thanks to liberal use of turbocharging, Porsche has built a 2-litre flat-four engine that can deliver 300hp and, for the S variant, a 2.5-litre unit that can output 350hp. That’s a 35hp increase compared with both outgoing models and a 13% increase in fuel efficiency.

In terms of acceleration, the new Boxster goes from 0-100km/h in 4.7 seconds with the S clocking in at 4.2 seconds.

As well as the engines, the chassis set-up has been augmented to feature the Active Suspension Management system, which can drop the car’s ride height by as much as 20mm.

In terms of external aesthetics, the new 718 features sharper, more dynamic lines, giving it a much wider stance than previous Boxsters.