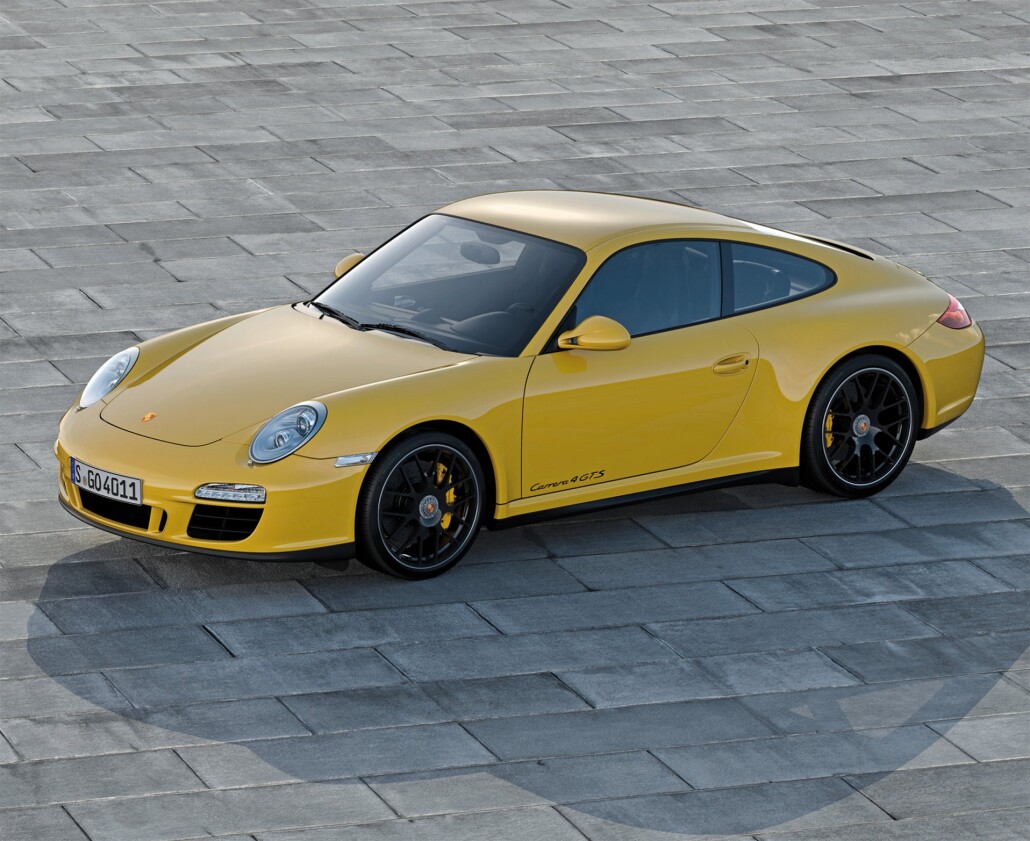 German luxury car maker Porsche has revealed its latest 911, the Porsche Carrera 4 GTS, priced up to £90,000.

Available in both coupe and cabriolet versions the four-wheel-drive car is billed as offering “all-round performance, value and desirability”.

Using the same engine as the Carrera GTS, a 402bhp 3.8-litre flat-six, the car features a twin-clutch PDK gearbox and can reach 62mph in 4.4 seconds in the coupe (4.6 seconds in the cabriolet). Top speed is expected to be around 190mph.

Porsche claim that despite possessing over 20bhp more than a standard Carrera 4, the GTS manages identical economy figures, meaning a combined 26.9mpg from the coupe with CO2 emissions of 247g/km.

The GTS differs visually from normal Carrera models by virtue of its 19in RS Spyder alloy wheels, a ‘sport design’ front apron and black detailing for the spoiler and side skirts. There are also a pair of sports seats and flourishes of black Alcantara within the interior.

Porsche have also revealed that a brand new version of its 997 model is set to be showcased at the 2011 Frankfurt motor show in September.