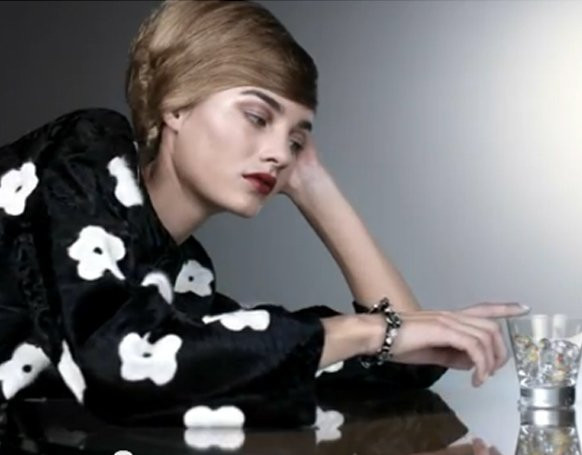 Directed by DJA with photography from Steven Meisel, the video, called “10 Women,” features ten world renowned models and is centred on the theme of flowers including the tall poppy, the tiger lily and the iris.

The video is esoteric, making reference to Prada’s “secret garden”, and it builds up to a crescendo which culminates in one of the models being showered in petals.

An accompanying press release from Prada is no more illuminating, referring to “some of the mysterious flowers that bloom in Prada’s secret garden [… ] each in possession of her own distinct identity, the women are witnesses to an unknown mystery.”

Described by another fashion blog as “Japan meets the sixties”, the new collection features an array of new pieces including furry coats, hot pants, daisy sunglasses, flatform heels with toe socks, and more.

Prada was founded by Mario Prada in 1913.