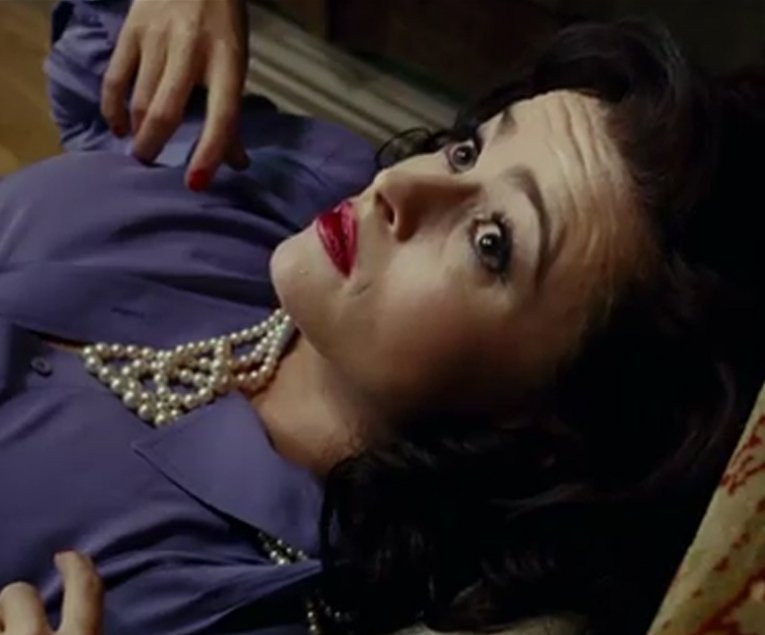 Directed by renowned movie maker Roman Polanski, the film sees Bonham Carter’s character, clad in Prada clothing, visiting a psychiatrist, played by Kingsley, in order to discuss a disturbing dream she had experienced.

However, whilst listening, the psychiatrist looses concentration and becomes captivated by his patient’s purple fur coat hanging up at the side of the room. Giving in to the temptation, the doctor rises and presses the coat against himself before trying it on, whilst his patient remains oblivious to the distraction.

Finally, the tagline ‘Prada Suits Everyone’ fills the screen, before the credits begin to roll.

The promotional film was screened before Polanski presented a restored version of his 1979 picture Tess, which tells the story of a peasant girl that becomes the affection of two men.

Prada was founded by Mario Pradain Milan, Italy in 1913.