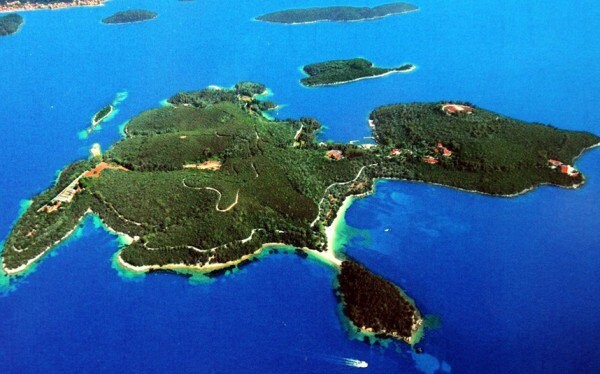 The private island on which Jackie Kennedy married Aristotle Onassis in 1968 has reportedly sold for £100 million.

Located in the Ionian Sea off the western coast of Greece, the island of Skorpios is home to three residences, a helicopter pad and a boat quay.

It was bought by Onassis, a Greek shipping magnate, in 1962, and is believed to have cost just 3.5 million drachmas, the equivalent of about £10,000.

According to reports, the sale of the island was struck between Onassis’s granddaughter, Athina Onassis Roussel and Ekaterina Rybolovleva, daughter of Russian billionaire Dmitry Rybolovlev.

The Swiss-educated Ms Onassis Roussel is the only surviving descendant of the shipping magnate.

Already boasting a strong legacy, the island is lent added significance by the fact that Onassis, his daughter Christine and son Alexander are all buried there.

The reported sale also puts paid to several years of rumours, during which renowned names including fashion designer Giorgio Armani, Microsoft founder Bill Gates, and singer Madonna were all said to be interested in purchasing the island.