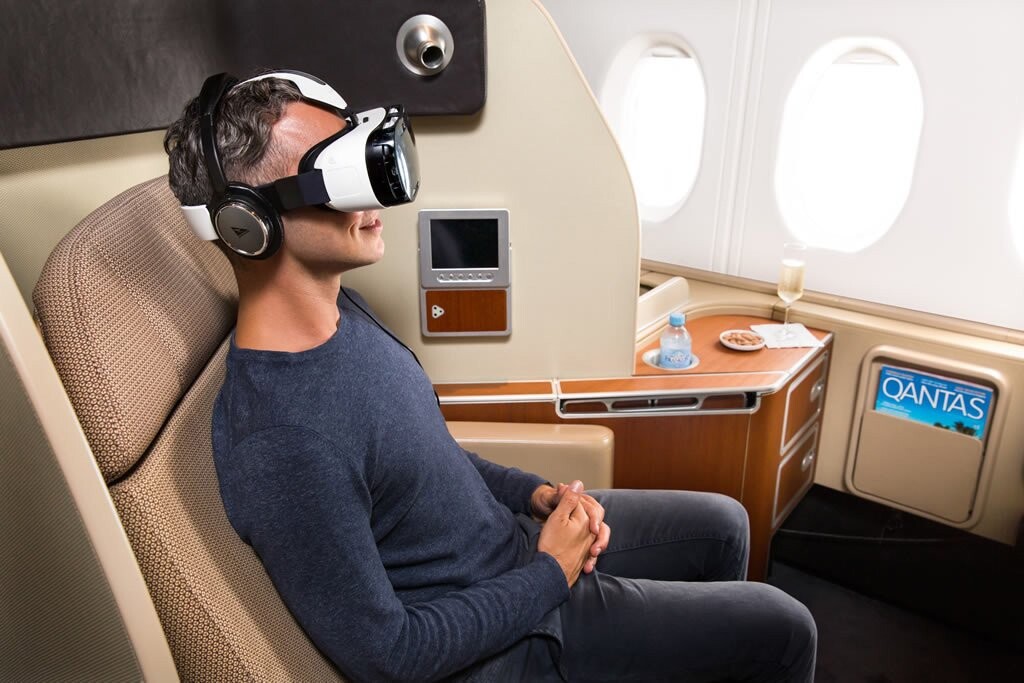 Australian airline Qantas is striving to take in-flight entertainment to the next level by offering its First Class passengers Virtual Reality goggles.

Designed by technology giants Samsung, the Gear VR headsets are to be fitted into a select number of Qantas’ A380 aircrafts, as well as the airline’s First Class lounges at Sydney and Melbourne airports.

“Whether the user wants a virtual tour of our new Los Angeles First Lounge or experience an A380 landing from the tarmac, this technology gives us a completely new way to connect with our customers,” said Qantas executive Olivia Wirth.

The airline is also working with production company Jaunt to develop and produce live-action content including destination footage.