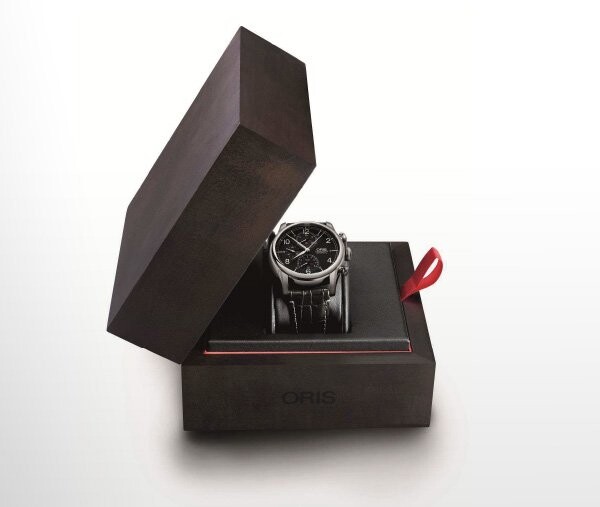 Since 2009 Oris has been the official timekeeper for the RAID Suisse-Paris, a challenging rally for pre-1975 classic cars. To celebrate the 23rd edition of this classic rally, Oris has created the Oris RAID 2013 Limited Edition, inspired by the winning car of the 2012 race, the iconic Jaguar 420.

The only great rally with Paris as its final destination, the RAID Suisse-Paris is a 600-mile journey along a truly picturesque route. Given the classic status of the cars competing, the rally tests not only the ability and timekeeping of the drivers but also the capacity of the cars to withstand the testing demands of the race.

The Oris RAID 2013 Limited Edition, created to celebrate the 23rd RAID Suisse-Paris, is designed in dedication to the 1967 Jaguar 420, winner of last year's race. The dial is inspired by the unique characteristics of the Jaguar 420 dashboard, and incorporates emblematic elements of the winning car including the red triangle and signature number font.

Limited to just 500 pieces and presented in a luxury wooden box, the Oris RAID 2013 Limited Edition epitomises the unique characteristics of the Jaguar 420.