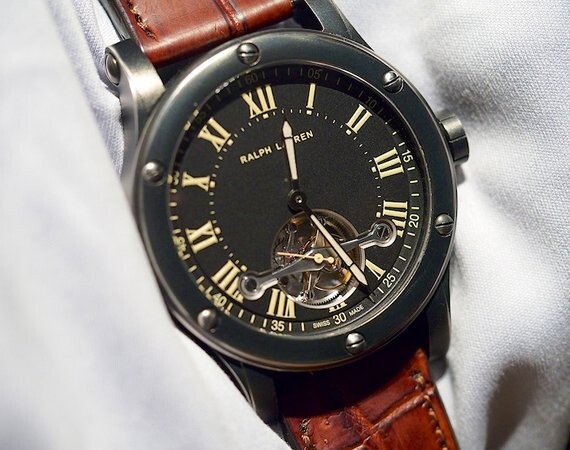 The annual SIHH international watch fair in Geneva is traditionally dominated by brands under the Richemont Group umbrella, but one notable dissident at this year’s event came in the shape of iconic American fashion house Ralph Lauren.

The US brand, more typically known for its apparel, grabbed plenty of attention at the 2013 edition of the fair which took place earlier this month when it arrived in Switzerland with its first ever tourbillon timepiece.

Called the Ralph Lauren Safari Tourbillon, the watch is a new addition to the brand’s Safari range of timepieces, but for the first time featuring the highly expensive and prized tourbillon component.

Official pricing for the Ralph Lauren Safari Tourbillon has not yet been announced, but is expected to be at around $55,000 (£34,700).

Ralph Lauren, the eponymous founder of the famous brand, is renowned for his passion for watches as well as rare automobiles.