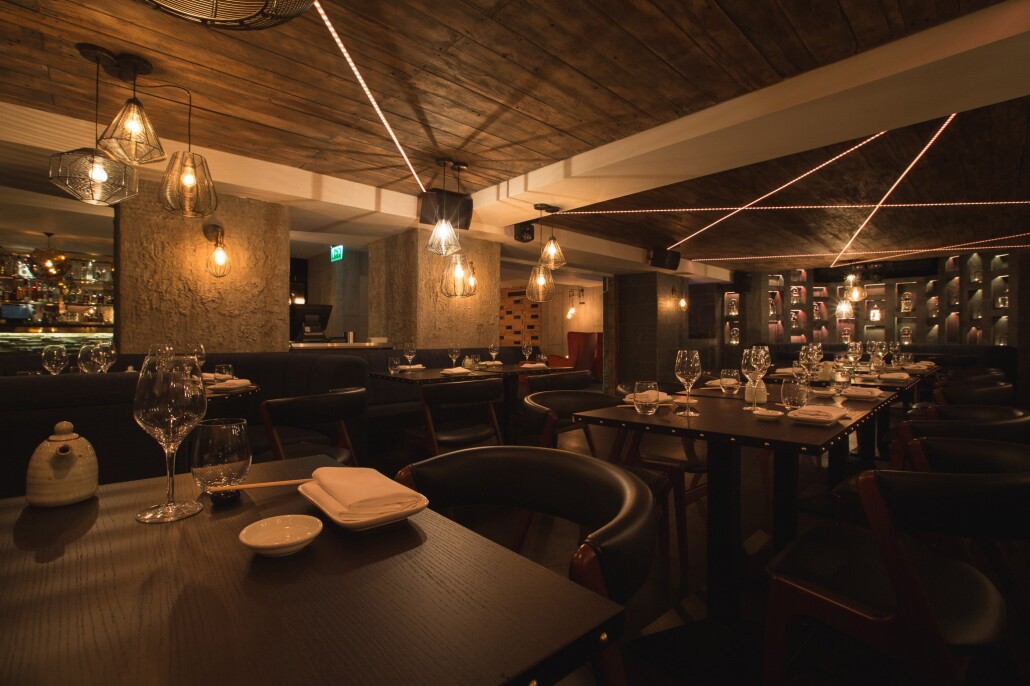 Scott Hallsworth is a chef whose name precedes him. With his distinct twist on Japanese cuisine, he has been rapidly gaining admirers far and wide since hitting the London restaurant scene last year with his first capital venture Kurobuta.

Now he has taken the helm at new members-only bar and restaurant Ramusake, which opened at the tail end of 2014 and quickly acquired a reputation as an exclusive celebrity hang-out.

Formerly the Old Brompton Club, the venue has been transformed by nightlife supremo Piers Adam, whose efforts to create an edgy and seductive vibe have proved a substantial hit.

For many such clubs targeting a late night crowd, the food is often a disappointing afterthought. But at Ramusake, under the artful stewardship of Hallsworth, there was no such danger.

Our visit on a blustery mid-January evening was the perfect antidote to the miserable weather, the warm and inviting entrance offering instant respite. Taken down into the restaurant area, the black, minimalist walls and low lighting create a sensual ambience.

It is a tone that is reflected in the food, which was unquestionably some of the best of its genre we have experienced in London – or indeed anywhere.

Guided through the menu by our affable waitress, we selected a mix of five dishes that we were told would be brought to us in the order advised by the chef.

A beef fillet tataki with onion ponzu and garlic crisps was a sublime opening, the seared-to-perfection beef complemented perfectly by the acidity of the citrusy onion and garlic crunch.

From the curiously-named ‘Junk food Japan’ section of the menu we opted for Tuna Sashimi pizza served with wasabi tobiko and truffle ponzu. The freshness and quality of the raw tuna shone through while the fish roe-sprinkled wasabi was a pleasing touch.

Next up was Jumbo shrimp barbequed with chilli, lemon and garlic, the fresh shrimp mouth-wateringly charred, while a dish of Salmon Gravadlax Maki with avocadao, cucumber and dill mayo was expertly cooked and delicately presented.

The best, however, was saved to last, with a butter-like Wagyu Beef dish whose sensational texture combined with a richness of flavour, reminding us – lest we forget – that the prized Japanese beef remains the zenith of cow meat.

It was the culmination of an exceptional meal that was carefully balanced and saw every dish demonstrate a new skill. Scott Hallworth is clearly a man at the top of his game and Ramusake is the perfect platform for his exceptional talents.