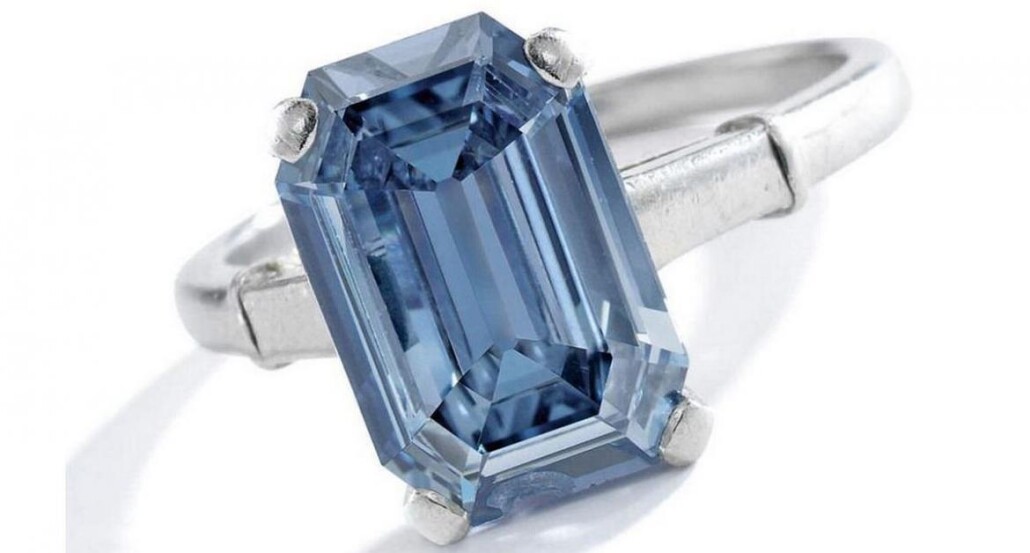 A series of recent auctions hosted by Sotheby’s yielded some $34 million, and among the items to go under the hammer was a rare blue diamond ring which sold for an impressive $6.7 million.

The 3.47-carat fancy intense blue diamond sold for way over its estimated price of $2.5 million and is said to be one of the highest prices for an individual item ever yielded in of a jewellery auction.

With its cut-cornered rectangular step-cut gem set, the exotic blue diamond also created a new world record for being the most expensive of its kind ever sold. The previous record was set a day earlier at Christie’s New York Magnificent Jewels sale by a similar rock.

Other notable sales at the Sotheby auctions included a 72.96-carat diamond bracelet, which sold for $1.4 million, and a 13.70-carat Tiffany & Co. diamond ring, which yielded $1.2 million.

One of the world’s most famous auction houses, Sotheby’s hosts high profile sales featuring a diverse range of luxury and highly sought-after goods throughout the year.