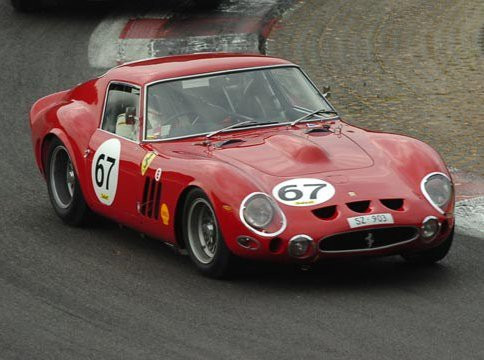 The classic sportscar, one of just 39 ever produced, was sold by British businessman Jon Hunt to an unknown buyer in the UK.

Powered by a 3.0L V12 engine generating maximum power of 300 bhp, the Ferrari 250 GTO was one of the fastest cars of its generation. The Italian marquee produced the model between 1962 to 1964.

Ferrari founder Enzo Ferrari undertook a vetting process on every prospective owner, selling each of the 39 units for a price of £6,000 in the UK and $18,000 in the US.

Mr John Collins, Chairman, Classic Ferrari specialist Talacrest, said: “Wealthy people are spending a lot of money on classic Ferraris and everyone wants a GTO at the moment.

“Classic Ferraris have seen more gains than others – they're like the Picassos of the car world. And the 250 GTO is the golden car of its generation. Show me a man who wouldn't want one. They are bought by people who have a love of cars and see them as an investment.”