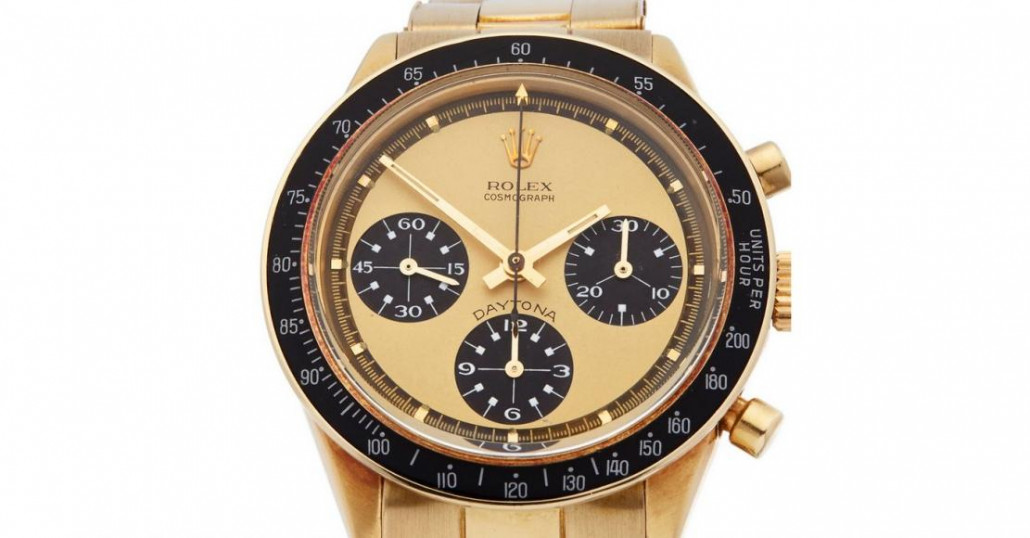 A Role Daytona watch bearing the name of iconic Hollywood actor Paul Newman is to go under the hammer, with estimates that it will sell for more than $1 million.

The 18-karat yellow gold ‘Paul Newman’ Daytona 6264 is being listed at the auction by UK based e-retailer Xupes. Such watches were only produced for 3 years between 1969 and 1972, adding to its value.

Moreover this particular watch,  which features a rare lemon dial colour and pump pusher, remains in perfect condition, and is one of just five other watches of its kind that have ever surfaced on the market.

However, Paul Newman fans should note that while this Rolex carries the actor’s name, it wasn’t actually owned by him.

Last year a Rolex Daytona owned by Newman fetched a a record-breaking $17.8 million when it was sold at auction in new York.

The Rolex Cosmograph Daytona is a mechanical, self-winding chronograph and has been manufactured by Rolex since 1963.

Today the brand is the world’s largest and most prolific single luxury watchmaker, producing about 2,000 watches per day.