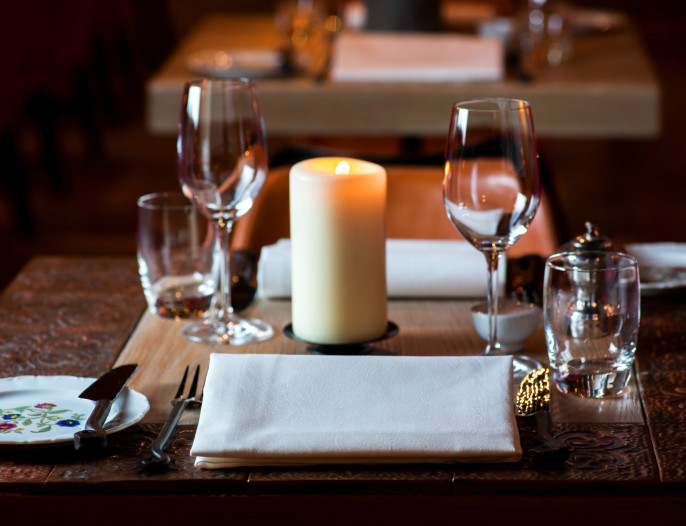 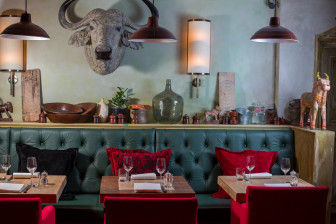 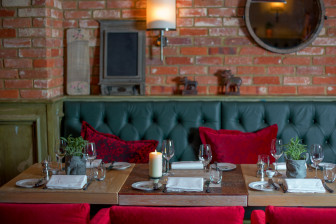 Russian restaurateur Arkady Novikov’s imprint on London’s restaurant scene has been well established for some time, thanks to his eponymous Mayfair establishment that is rarely anything less than full to bursting point.

So it was with great expectation that his second London venture – Rextail – opened last year on Albemarle Street, just a short hop from Novikov itself.

Featuring a rustic interior and a meat and game-oriented menu – the latter evidenced by the presence of stuffed buffalo heads fixed to the walls – Rextail certainly strikes a different note to its opulent and glitzy neighbour.

During our visit in January, we began strategically with two light dishes: a crab avocado salad and yellow fin tuna, both oozing freshness and full of flavour. It was a wise move, given what was to follow.

Having being presented with a variety of cuts on a wooden board, we chose a Bison fillet hailing from the US and a dry aged Scottish shorthorn fillet. The bison was juicy, succulent and cooked to perfection, as well as being notably leaner than more traditional meats. My companion’s tender and flavoursome Scottish variety also hit the mark, making it a full house of top quality steaks.

A Gascon Riesling and Gascon Cabernet Franc & Merlot (both 2012) were chosen by the waiter and were deliciously sweet and crisp accompaniments to our heavy and hearty meat feasts.

For dessert, we opted for a lavender crème brûlée and lemon sorbet. The brûlée was superb, with the top crisp and caramelized to perfection, while the lemon sorbet had the intense sweetness and acidity that makes the dish such a time-honoured favourite.

With a résumé that includes stints at Annabel's, The Ivy, and Le Caprice, it should be no surprise that head chef Adrian Martin can work with subtle ingredients as well as great hunks of animal. But it is always good to see versatility at play, and as our visit attested, Rextail is far more than a one trick pony - even if you won’t see that particular beast on the menu any time soon.