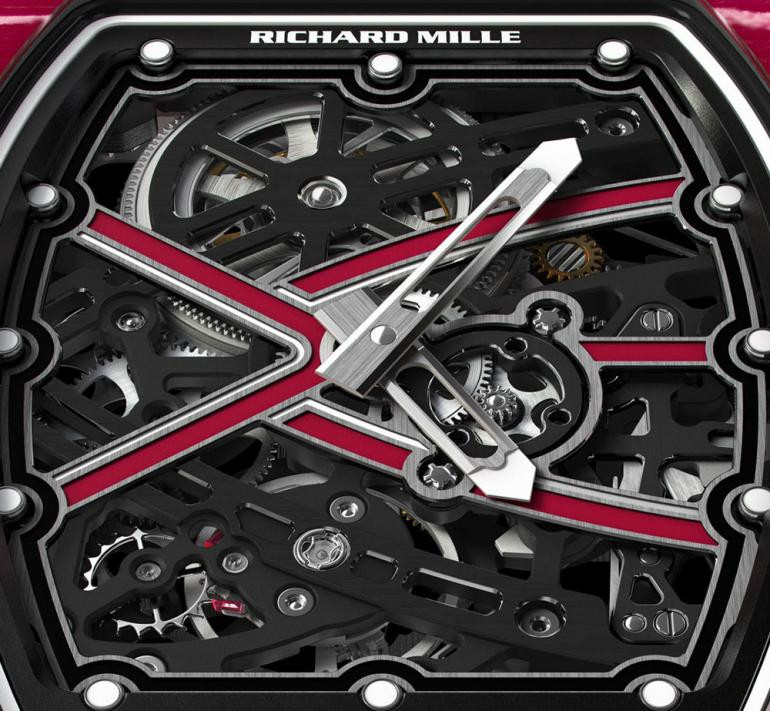 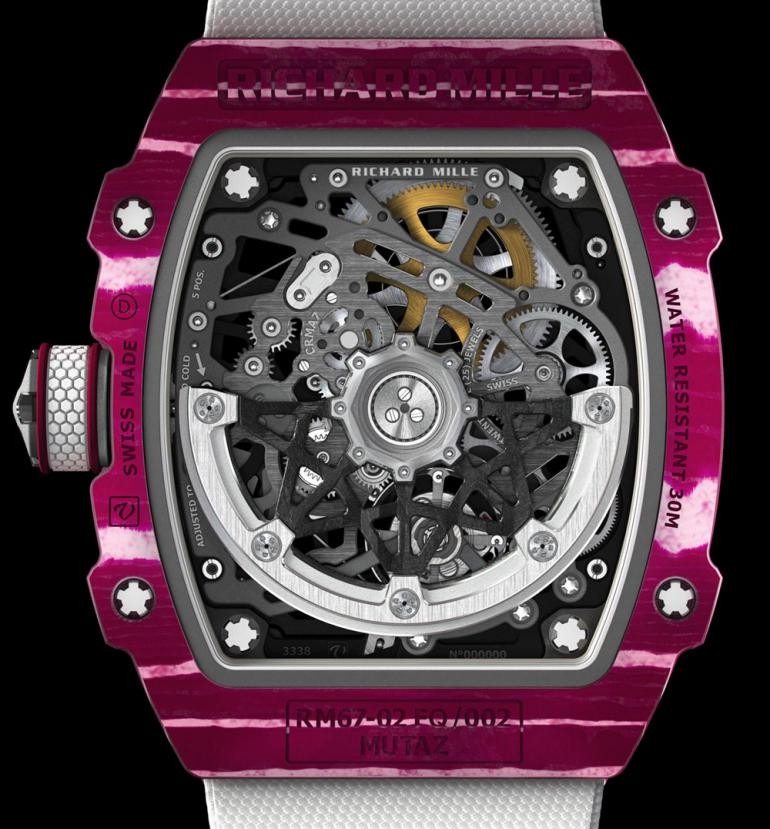 Both watches are newer versions of the Richard Mille RM 67-01 and use the same movement as their predecessor. However, these watches come in revamped cases that have been designed to reflect the sports they are associated with.

A weight of just 32 grams makes them ideal as sport watches, while they are also the lightest automatic watches Richard Mille has ever created.  This lightness is achieved thanks to ultralight materials such as Quartz TPT.

The middle of the case is made of Carbon TPT while the screws used to secure the case, as well as the base plates and bridges, are made out of Grade 5 titanium.

Other notable features include a skeletonized self-winding movement made mostly out of titanium with elements of Carbon TPT as well as dashes of gold.

The High Jump timepiece sports the colours of the Qatari flag while the Sprint watch features the South African flag’s hues.

Richard Mille was founded in 2001.