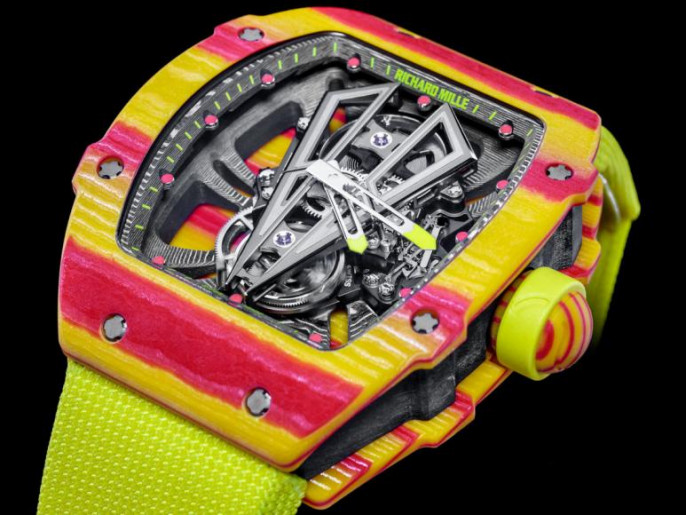 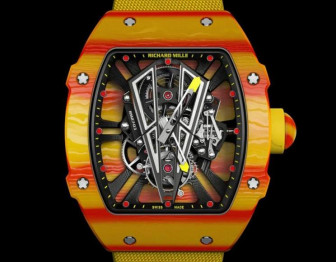 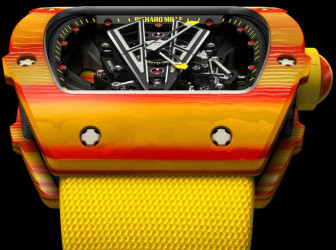 Richard Mille Serves Up a $725,000 Shock-Resistant Watch for Rafael Nadal

Swiss luxury watchmaker Richard Mille has created a new limited edition timepiece that is being worn by Spanish tennis star Rafa Nadal during the 2017 French Open, which began last week.

Limited to just 50 pieces, the Richard Mille RM 27-03 Rafael Nadal “Tourbillon Shock Resistance” watch is priced at $725,000, reflecting the amount of research and development that went into the watch to make it capable of withstanding Nadal’s continuous swings of the racket during his matches.

Its tourbillon caliber can withstand forces of up to 10,000 Gs, which is twice the amount of shock resistance of the former RM 27 -02. The tourbillon weighs only 34 grams, and sets a new benchmark for the watch industry for its shock resistance.

The watch features a vibrant colour scheme of intense red and orange that pays homage to the flag of Nadal’s native Spain. It is made from Quartz TPT, a material made from fine layers of silica just 45 microns thick and tinted with resin to create the groovy wavy effect across the case and crown.

The strap on the watch is what Richard Mille describes as a “comfort strap,” which is made from an elastic material and makes it highly snug and secure to wear.

Richard Mille, which was founded in 2001, has sponsored and worked with Nadal since 2010.