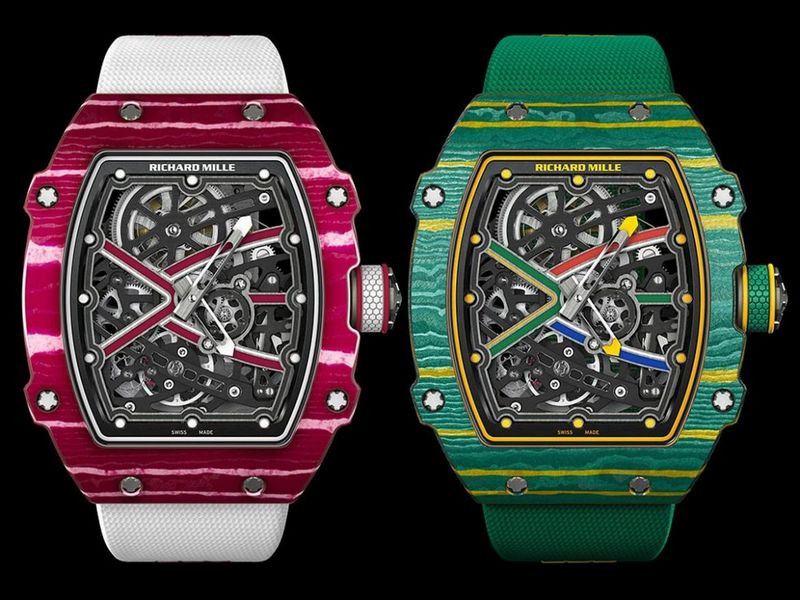 Richard Mille Teams Up with Athletes on Custom Timepieces

Swiss Watchmaker Richard Mille has for several years worked alongside some of the world’s finest athletes, including Spanish tennis star Rafael Nadal.

The brand released the ultra-light RM 67-02 last year, the lightest watch in their product line-up at just 32g (including the strap) and designed specifically for athletes.

This year they’ve partnered with three more professional athletes to create custom editions of the RM 67-02 specifically tailored for their individual sporting needs.

Each variation of the timepiece sports the colours of the national flag of its respective ambassador.

Like its predecessors, these new editions of the RM 67-02 are powered by the mechanical CRMA7 calibre, which is housed inside a 38.7mm wide case made out of ultra-light, strong carbon quartz TPT and secured by screws made of grade 5 titanium.

For maximum comfort, Richard Mille equipped the new RM 67-02 with a highly elastic comfort strap. Each of these new editions has a price of $140,000.

Richard Mille was founded in Switzerland in 2001.