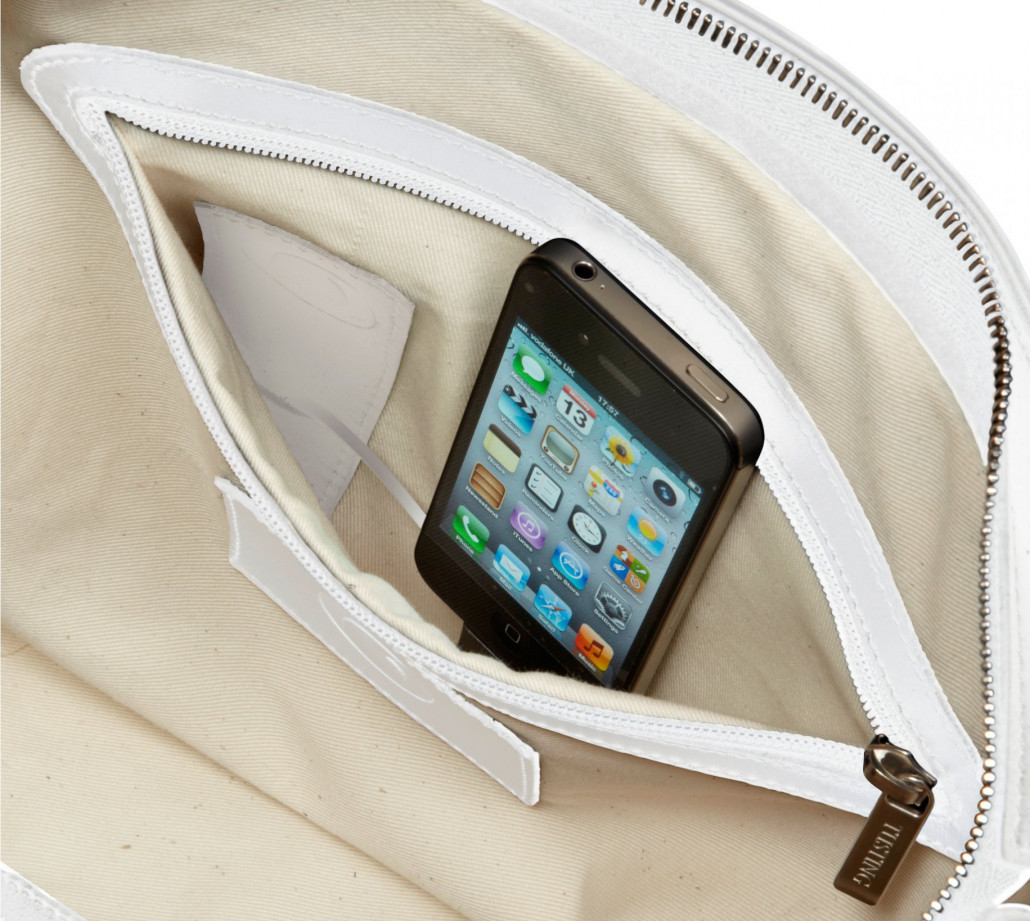 Acclaimed British designer Richard Nicoll has teamed up with Vodafone UK to unveil a unique new tote bag fitted with a recharger for smartphones and tablets.

Created as part of his Autumn/Winter 2012 collection, the cutting edge accessory, which is currently a working prototype, fuses technology with catwalk style to ensure owners never have to worry about their device running out of power when they are out and about.

Speaking about the innovative bag, Richard Nicoll said: “We wanted to create a collaborative product that fused fashion and technology.

“The recharging bag is especially relevant for my collection this season, because it’s about the notion of work and all its facets in modern times. Vodafone have helped bring this idea alive in a way that we never could have done ourselves.”

Phones are plugged into a discrete inside pocket containing a retractable cable which enables the phone to be used even when charging. A Bluetooth-enabled LED charm, that hangs on the outside of the bag, acts as an indicator for incoming calls, phone notifications, and remaining battery life.

Danielle Crook, Vodafone UK’s Director of Brand Marketing, said: “It’s been amazing to see what can be achieved when two British brands come together to create something truly inspirational in today's unveiling of the first ever recharging tote bag.

“Our partnership with Richard Nicoll has resulted in a first for the fashion industry and a unique initiative for women everywhere who want to keep connected.”

The tote bag has been developed with British leather goods company, Tusting, which has a heritage stretching back over 130 years.

Richard Nicoll says it hopes that the bag will be available to the public by the end of 2012.