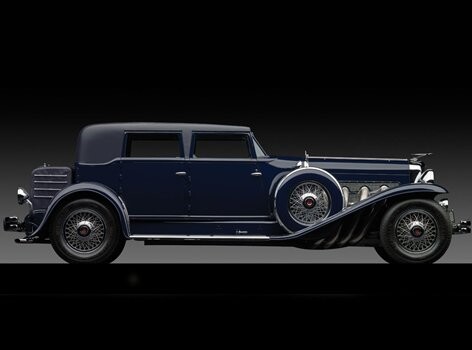 RM Auctions and Sotheby’s are to host ‘Art of the Automobile’, a sale of some of the world’s most sought after historical motor cars, in New York later this month.

The first major collector car auction to be held in Manhattan in over a decade, the sale’s catalogue features examples of the upper echelons of design from each era of motoring.

In total the auction will feature an elite roster of 34 of the world’s finest vehicles, 18 of which are expected to yield in excess of $1 million.

The catalogue spans over a century of automotive design, from a Brewster-built Vanderbilt family carriage to a modern, one-off Bugatti Veyron supercar, and is billed as celebrating the automobile as “a singular achievement at the crossroads of art, technology, and innovation”.

“The selection of motor cars in our New York auction has been curated with the intention of celebrating the greatest milestones in automotive history,” says Alain Squindo, Vice President at RM Auctions.

“Every automobile was chosen for its rarity, significance to design, engineering, and for the outstanding achievement it represents in its respective category. As such, and within Sotheby’s stunning 10th floor galleries, we are drawing our record-setting year to a close by presenting the motor car as an art form all its own.”

As part of efforts to generate interest in the auction, an exhibition showcasing all vehicles on offer will be held at Sotheby’s New York from November 18–20th. The auction itself will take place on November 21st.