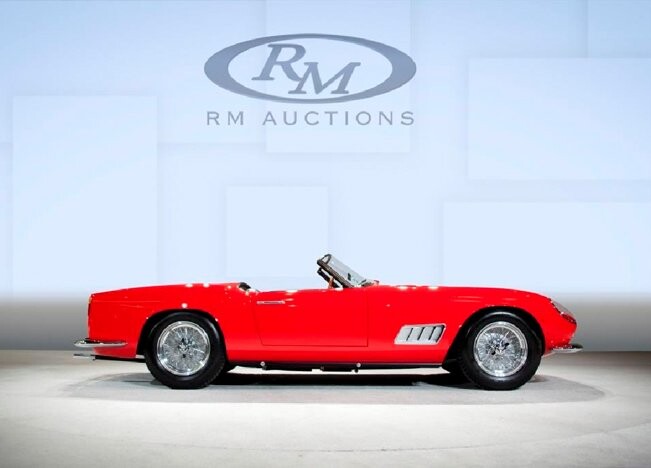 The sale of the Ferrari, chassis 1055 GT with coachwork by Scaglietti, for $8.8 million made it the most valuable car ever sold in Arizona auction week history.

“RM Auctions continues to prove that the combination of great cars, knowledgeable clients and a beautiful auction venue is a winning formula for both buyers and sellers,” says Ian Kelleher, Car Specialist, RM Auctions.

“This year’s two-day sale was an unqualified success and set a terrific benchmark for the entire Arizona auction week, not to mention a fantastic start for the 2014 auction season.”

RM Auctions continues its 2014 calendar with its debut sale in Paris, France in February at Place Vauban, held during the world famous Retromobile motoring week. This is closely followed by the 16th annual Amelia Island, Florida sale in March.