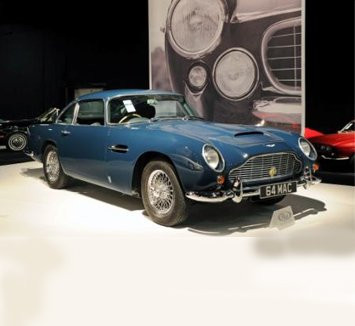 A sale of some of the world’s most sought after classic and rare cars yielded over £14 million at a high-profile auction in London on Wednesday – including a 1959 Ferrari 250 GT LWB Berlinetta which went for £1.96 million.

An impressive 84 per cent of all lots were sold at the Battersea auction in south London, which attracted bidders from 33 countries around the globe.

The top performer of the evening sale was the highly rare 1959 Ferrari 250 GT LWB Berlinetta ‘Tour de France’, which attracted strong bidding before selling for £1.96 million.

Another highlight was the £344,400 sale of a 1964 Aston Martin DB5, previously owned by musician Sir Paul McCartney.

Max Girardo, Managing Director of RM Europe, said: “Once again, our London sale has demonstrated that it successfully unites some the world’s finest cars with an audience of discriminating collectors from all corners of the world.

“Reflecting RM’s strong international client base, bidders at the sale hailed from 33 countries around the world, including as far away as Argentina, Hong Kong, India and Bahrain.

“We enjoyed a fantastic night in central London with some incredible results. The sale certainly rounded out RM’s 2012 roster of European sales in the best possible fashion.”