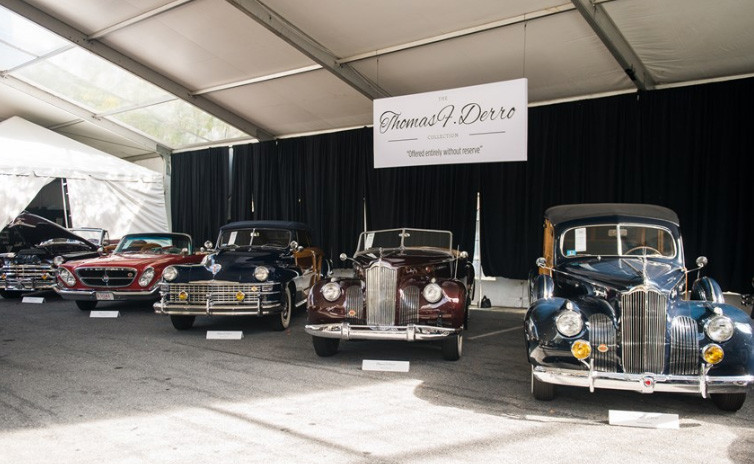 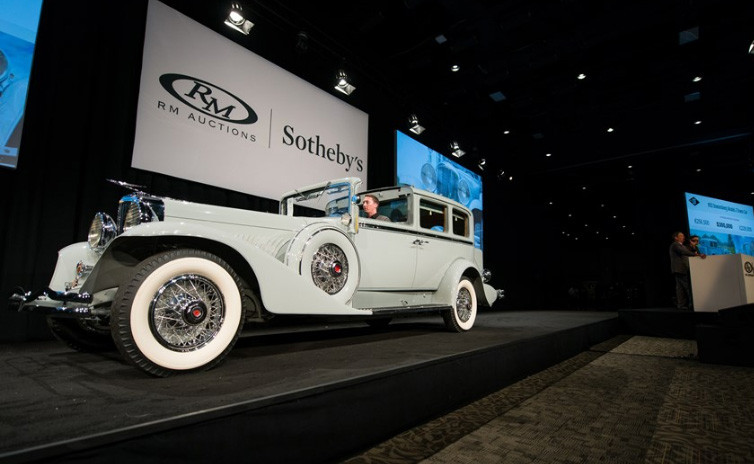 RM Auctions, now known as RM Sotheby's returned to Hershey last week for their 12th annual sale, resulting in a total of $11 million across two evenings of bidding for some of the world’s most sought after collectors cars.

Classic and vintage car enthusiasts poured in to the Pennsylvania auction venue to view the nearly 150 motor cars and plentiful memorabilia on offer, with bidders hailing from 19 countries and 45 states across the U.S.

The top sale was the 1930 Cadillac V-16 Roadster, which sold for $495,000 Offered with a fascinating ownership history, elegantly presented, and authentically restored with a correct Fleetwood body, the Cadillac surpassed its pre-sale estimate.

The top three sellers also included a 1941 Packard Custom Super Eight One Eighty Convertible Victoria by Darrin, which received $357,500, and a 1934 Lincoln Model KB Convertible Sedan by Dietrich, one of just 25 examples built in its beautiful semi-custom style, which yielded $286,000.

“Hershey remains one of our favorite venues to return to, year after year,” said Gord Duff, Global Head of Auctions, RM Sotheby’s Group, following the sale.

“Following days spent with collectors exhibiting true interest and passion for the hobby, we saw solid total results and an exceptional sell-through rate.

These stand-out individual results extended from memorabilia, through to the pair of motorcycles on offer, as well as several automobiles.

Next up, the RM Sotheby’s Group heads to the Porsche Experience Center in Atlanta, Georgia, for the company’s highly anticipated single-marque Porsche 70th Anniversary Auction on 27 October.

For the event, RM Sotheby’s will bring a curated selection of 64 of the world’s most valuable and sought-after Porsche models, along with 60 lots of Porsche memorabilia, parts, and collectibles, to the home of Porsche Cars North America