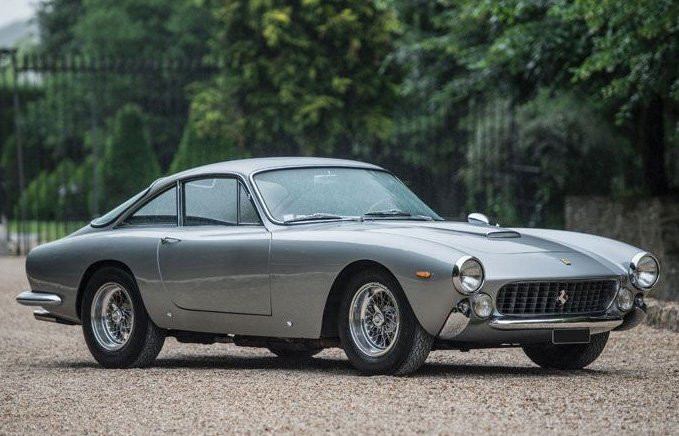 Battersea Evolution, the annual RM Sotheby’s classic car sale, takes place in London next month, with almost 80 sought after cars set to go under the hammer.

Automobiles from some 32 different marques and spanning more than 80 years of motoring history will feature at the sale, which is the official auction of the UK’s prestigious Concours of Elegance, with entries led by a 1964 Ferrari 250GT/L ‘Lusso’ Berlinetta.

Estimated to fetch between £1.1 and £1.4 million, the Berlinetta is the 338th of only 350 examples and was originally delivered new to Zurich, Switzerland. The car has recently spent many years in France and attended several French Ferrari Owners’ Club events, including the Chevaux Vapeur Concours in Paris in September, 2014.

Another rare Italian entry is the 1964 Maserati Mistral 3.7 Spyder, which was sold new to the late British screen icon, Diana Dors. One of only 20 right-hand-drive Spyders built, the Mistral is estimated to sell for between £475,000 and £575,000.

Max Girardo, Managing Director of RM Sotheby’s Europe, says: “We always enjoy the hugely diverse selection of cars that we offer at London.

“This sale features everything from a tiny and fun 1973 Ferves Ranger through to a mighty pre-war 1929 Bentley 4½-Litre Tourer and modern era supercars. There is literally something for all tastes and budgets, but our commitment to offering only the best possible quality is unwavering.”